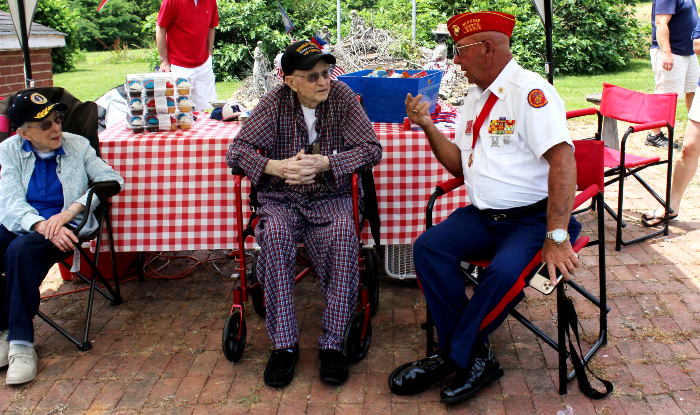 Parades are in vogue in the time of the pandemic due to their ability to allow people to see one another safely.

In the case of one veteran, friends and family gathered to help him celebrate his 98th birthday.

James “Jip” Forte recently saw a crowd of friends and civic leaders drive past his house as part of a family celebration.

Forte’s military career began in 1942 when he went to Aberdeen, Md., for basic training during World War II. He served in England for two years with the 435th Ordinance Motor Vehicle Distribution Company servicing jeeps, trucks and weapon carriers.

During the parade, fire trucks from various departments across Stanly drove past his house with him sitting outside waving to them. Several cars from the Stanly County Sheriff’s Office also participated in the parade.

Also taking part in the parade were other veterans including Stanly County Marine Corps League Detachment No. 1021 Commandant Paul Hummel. Sitting next to Forte was Kay Snuggs, who retired after having served as a major in the Air Force.

“Well, I couldn’t have him a real party so I thought I could bring the party to him,” Russell said.

She was happy with the results, saying Forte said to her that he “didn’t know he still had a lot of friends.”