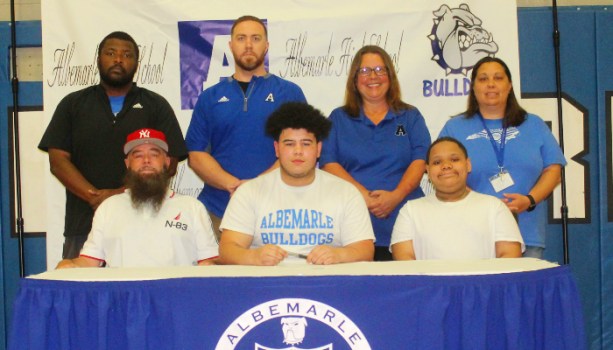 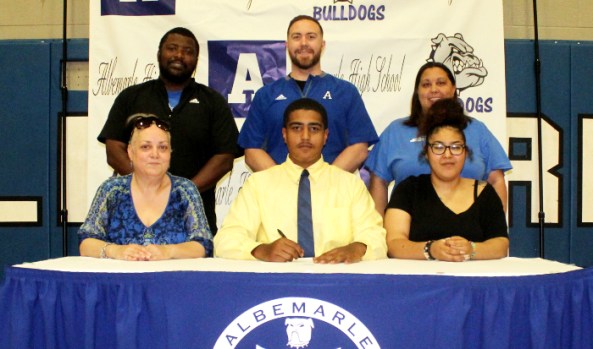 At a recent college signing event at Albemarle High School, two Bulldogs signed to play football at the next level.

Defensive end Johnny Owens signed to attend and play football at St. Andrews College in Laurinburg, North Carolina. The Knights are an NAIA school playing in the Mid-South Football Conference. Last season, St. Andrews finished in second place in the Appalachian Division with a 5-1 division mark and a 5-5 overall record.

Unique Carvalho, who played left tackle on the offensive line for the Bulldogs this past season, signed to play across the country at East Los Angeles College in California. The Huskies play in the California Community College Athletic Association.