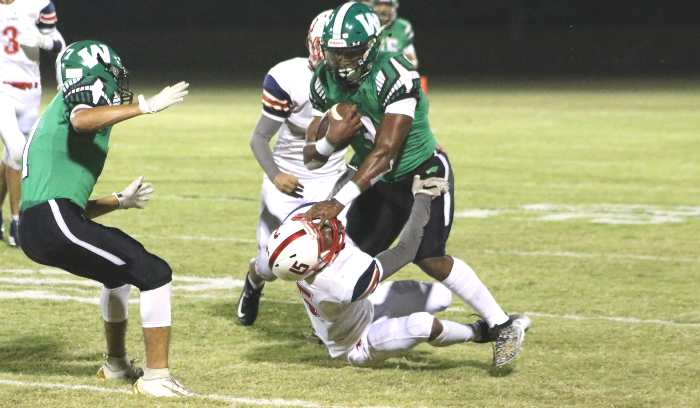 Making the decision of which college to attend when numerous programs make you offers has been the challenge this summer for West Stanly football standout Jordan Poole.

With NCAA Div. I offers reaching into double digits, Poole narrowed to three choices and had planned to announce July 1.

However, just before the day came, the rising Colts senior said the decision was so important he wanted more time to make the choice.

“I guess I was still kind of undecided…I wasn’t 100 percent sure. I was questioning myself,” Poole said.

He said he wanted to push back his decision to make sure he made a “solid, smart business decision.”

Poole said he was going back and forth between his final three choices of North Carolina State, South Carolina and Virginia Tech. He said all three are great schools, but he really has not gotten a sign of which one to choose.

“(The three schools) are all about even…everything has a pro and a con,” Poole said. “I still work as I’m going to be on the field tomorrow. That’s what I do.”

Like most athletes, he has continued his own individual offseason workouts to stay in shape and ready should the 2020 football season happen. Poole works out five days a week to stay prepared.

In the current COVID-19 pandemic, not being able to visit schools in person has impacted his decision, but Poole said coaches from each school call him nearly every day asking about himself and his family.

As with many college football players in Div. I schools, Poole will graduate early in December and is scheduled to report to college in the January 2021 spring semester.

Poole said he still wants to make his final decision by the end of the summer vacation.