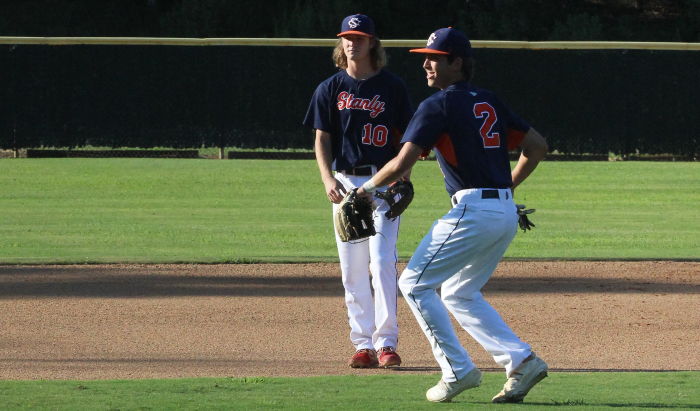 The Stanly N.C. 3 team returned home Monday night for the first of a four-game home stand taking on Union County.

Home runs from the visitors accounted for seven of the team’s 10 runs scored as Union ended Stanly’s two-game win streak with a 10-3 loss.

Monday’s game was a different story.

Cade Kuelher, Trevor Grant and Jackson Melton all went deep for Union County. Kuehler’s two-run shot gave Union a 2-1 lead in the third inning, answered in the fourth by a Connor Tucker solo shot for Stanly.

Grant put Union back up by two runs with a solo home run in the fifth before Union pushed five runs across in the sixth including a three-run blast from Melton.

Garrett Maner had three of Stanly’s six hits in the game with Colby Lamm driving in two runs on a fielder’s choice in the ninth inning.

Kidd took the loss for Stanly in 6.2 innings of work allowing six earned runs on six hits with eight strikeouts.

Stanly head coach Jordan Sells said Kidd pitched well despite the earned runs saying it was “probably his best start of the summer so far. He’s starting to hit his stride.”

The Stanly coach added the team continued to fight even down nine runs in the final inning, scoring twice.

“This team doesn’t roll over and quit. They’re going to keep fighting until the last out is made,” Sells said.

Stanly will play three games in three nights starting Thursday against Concord. Davidson County will visit Stanly Friday night and the renewal of the Stanly – Rowan rivalry is Saturday at The Ball Park at West Stanly.