Hartsell on Locust Police Chief: ‘He’s going to be sorely missed by the entire community’ 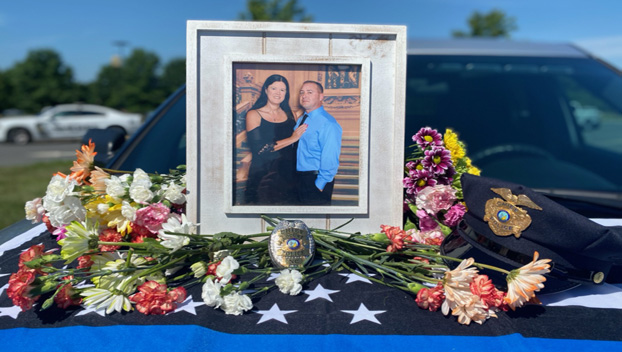 When Steven R. “Smitty” Smith was promoted to police chief in December of last year, he had the support of Locust’s two previous chiefs, fellow officers, members of the city administration and residents.

“That’s what we really need,” Locust Mayor Steve Huber said at the time of Smith’s appointment as chief. “Someone who knows this city, this community, this department … if for no other reason, you deserve this job because of your love for Locust.”

Even though the calendar will reflect his service as chief as around 7 months, Smith’s service to Locust can be counted in decades. 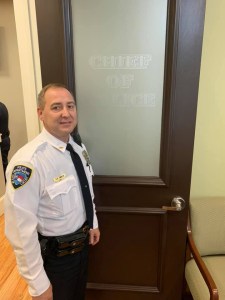 Smith, who died Tuesday night at age 45, was selected for the job after the retirement of police chief Frank Hartsell.

Like many following the news of his death, it was hard for Hartsell to speak about Smith, a person he called “a good friend.”

“I have the utmost respect for Steven Smith,” Hartsell said. “I’ve known him most of his life. He was a great man, a great chief and he’s going to be sorely missed by the entire community.”

Smith was off-duty at the time of his death. A cause of death has not been revealed.

“Couldn’t find anyone who didn’t like Smitty,” Locust Councilman Mike Haigler said. “He had that way about him. No hatred in his body at all. What you see is what you got. He was perfect for what we needed right now.”

Haigler said he and Hartsell had worked with Smith throughout his career. Smith was an Explorer Scout for Haigler and in the fire department with him. He worked as a reserve officer with Locust in 1997 and became full-time in 1998 before heading for stints with Kannapolis twice and Monroe. He came back to Locust in 2007 as a full-time patrol officer.

Before becoming chief, Smith had been responsible for the patrol division, the Field Training Officer program and overseeing Locust police department training. Besides chief, he had held the ranks of sergeant and captain.

Haigler said Smith was a “hometown boy” who “knew people.”

“I have known Chief Smith since he was 5 years old,” Locust Planning Director Scott Efird said. “We used to live beside his family. I will miss his sense of humor and his laughter. He will always be Little Stevie to me and my wife Tracy.”

Locust City Administrator Cesar Correa said Smith “welcomed me to Locust with open arms, even though I was an outsider.”

“He always treated me with respect and we shared an excellent working relationship,” Correa said. “His positive energy and sense of humor always kept things light at work, especially during our staff meetings. We shared many wonderful conversations about improving the LPD and the City of Locust; he was very passionate about his officers and his community. He was a pleasure to work with; I look forward to finishing the work we started together when he became Chief.”

It was July 17 that the police department began a summer series. A different officer was to be featured on Facebook each Friday to offer a glimpse into the department. Last Friday’s post was about Smith.

The police department issued a statement Wednesday morning that read in part: “Chief Smith was an ‘officer’s Chief’ who was able to combine the perfect mixture of leadership with camaraderie.”

Acting Police Chief Jeff Shew said that is what made Smith great as a leader.

“He understood what it meant to be a police officer, to do things the right way,” Shew said. “As a leader, he understood how vital the part of patrol work is. The patrol division is the heart and soul of a department. They are the ones that make you look really good or really bad.

“Even though he was new as a chief, I have no doubt he would have never lost that knowledge of what it’s like to be on the road,” Shew said.

His funeral will be at 11 a.m. Saturday at Locust First Baptist Church with Rev. Tommy Ross, Rev. Eddie Barbee and Shew presiding. Burial will follow in the church cemetery. The family is scheduled to receive friends from 6-8 p.m. Friday at Stanly Funeral and Cremation Care of Locust.

Smith is survived by his wife, Melissa, his daughter Riley, and his son Hunter.

A fund has been set up for his two children. Contributions may be made to the Melissa Smith: Riley & Hunter College Fund at any State Employees Credit Union or mailed to Locust Police Department, PO Box 190, Locust, NC 28097.