Community clean-ups draw volunteers from all walks of life 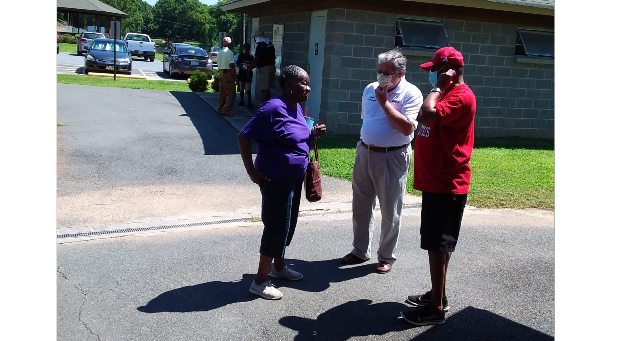 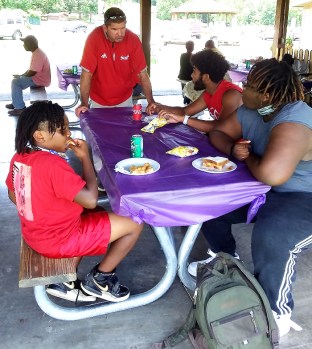 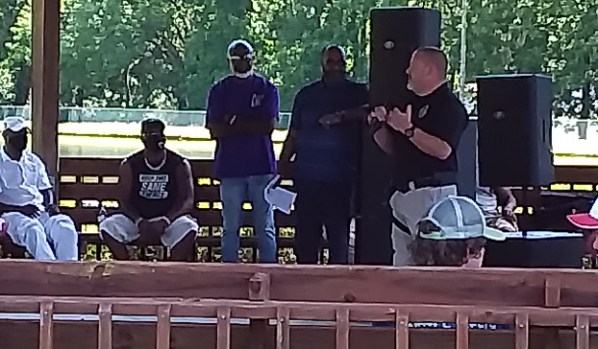 With the rise of the Black Lives Matter movement, a number of non-profit groups in Stanly have looked to come together to help build bridges between different communities.

A number of those groups, including SUSU (Stronger United Selfless Union) and Community Who Cares in Norwood, have come together over the past few weeks to host a number of clean-up efforts.

Grover Shankle, head of Community Who Cares, said his organization has been in existence since 2009 when he and others organized a cookout to benefit a group of terminally-ill cancer patients.

Along with a local church, the event grew into a charity softball game, singing and fish fry, raising more than $5,000.

“That was a success. After the event, we said we have to continue so we founded Community Who Cares,” Shankle said.

The group also was formed, he added, “to bring community pride into the community.”

SUSU comes from a West African word “susu” which is a method of sharing resources where communities contribute a certain amount and each community benefits on certain weeks.

The SUSU group in Stanly has been organized with volunteers as the resource, with communities receiving cleanup efforts on a rotating basis.

Focusing on cleaning up neighborhoods, Shankle said Community Who Cares first looked to clean up buildings which were “drug infested,” adding those were places where somewhere people “could pull our kids (into) and nobody would see them.”

Picking up trash and mowing tall grass around places helped “to bring pride into the Black community because it was one thing that was lacking,” he said.

The group laid dormant for a few years, but recent events got the group active again in joining forces with SUSU. Shankle said the group’s return comes in part of the relationship between black males and police, along with racism “rising to another level.”

“We decided to change the perspective of a Black male with the police department,” he said.

Coordinating efforts with community representatives in other Stanly communities, clean-up efforts have taken place in recent weeks. One such effort happened in Oakboro, with the help of Ralph Jackson, former West Stanly football standout and current coach at Anson County, along with community leaders Terrance Blackmon and Chauncey Bruton.

“If you help me repay the favor not with cash but with efforts, we will do the same to help you,” Jackson said of the group’s philosophy.

Bruton, the JV men’s basketball coach at West Stanly and Jackson’s younger cousin, had mentioned something about helping Oakboro.

Jackson said he would have loved to have been able to do a similar thing 20 years ago, but he did not have help.

“I didn’t have anybody that was my age now that was willing to sit back and say, ‘Let’s make this happen,’ ” Jackson said.

The effort, Jackson said, also included Oakboro Police Chief T.J. Smith, who made sure the volunteers were able to access the dump.

“We were able to get a lot of things done in those two days,” Jackson said.

Cleanup efforts also were coordinated in Albemarle with the help of Tim Hill, president of the nonprofit SHARP Men Organization in Albemarle, and Tim McAuley.

“When they told me their narrative of what they wanted to do and try to achieve, I thought it was a worthy cause. Instead of tearing up the neighborhoods, they were looking to build neighborhoods up,” Shankle said. “They want to hold the Black man responsible for their homes…we, as community leaders, are holding Black males responsible for opening up the dialogue in building better communication with the police department.”

Cleanup crews had volunteers from all walks of life, Shankle said, adding the various nonprofit organizations will “have the resources to do what we need to do in each town.”

“As a community, we started wanting to empower Black men to be positive role models,” Jackson said.

He said the volunteers were both Black and white men and women of all ages, uniting many to work in communities to which they did not have any ties.

Hill shared his thoughts about what the diversity of volunteers has meant to the clean-up efforts.

Hill added in such troublesome times, the unity shown makes it also one of the most beautiful times.

“It represents a change, represents unity, people taking up the burdens of their neighbors,” Hill said.

Additional cleanups in Albemarle, Norwood and Oakboro are being planned by SUSU, efforts which Hill said need to continually happen.

“Everybody needs to stay humble and love,” Hill said.

He said Stanly’s way of raging, as opposed to violence, is to show love for the community.

“(Some) people destroy a thing, but we want to build it up. We want to clean it up. That’s how we’re fighting for Black Lives Matter.”