Freddie Love has been on a kidney transplant list for going on three weeks.

On Aug. 27, a person he had hoped would match as a donor was taken from him.

Eddie Wayne Love, Freddie’s 48-year-old brother, was found beaten to death shortly after midnight at his home in Locust.

“He was going to actually get tested to see if he could have been a living donor for me,” Freddie Love, who has kidney failure, said by telephone from his Concord home. 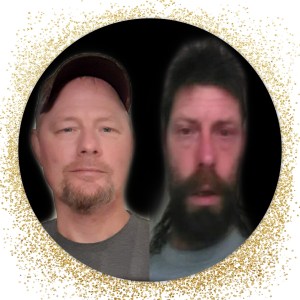 Freddie Love, left, and his brother, Eddie, who police say was beaten to death in late August.

“I honestly hope they get prosecuted to the fullest because it was a brutal, brutal beating,” he added. “To me I don’t feel it should have gone as far as it did.”

Freddie Love, 45, says to his knowledge his brother did not know Dakota Dylan Wensil, 22, of Mt. Pleasant, who has been arrested for Eddie Love’s death. Lily Juanita Lefler, 22, also of Mt. Pleasant, was identified as being present during an altercation that left Eddie Love with signs of severe head trauma, according to Locust Police Chief Jeff Shew. 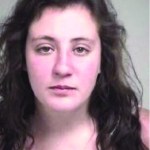 “Everything I have heard, he did not know them,” Love said. “He did not socialize with them or anything like that.”

Wensil and Lefler fled to Tennessee, Shew said, and they were apprehended without incident in Erwin, Tenn. 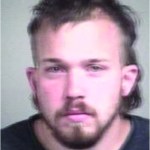 Wensil and Lefler were transported back to the Stanly County Jail. They had their first appearance in Stanly County court Thursday, Shew said. Wensil is charged with murder and Lefler as accessory after the fact, Shew said. No bond was set for Wensil, while Lefler has a $1 million bond.

“Both of them knew what they were doing and they knew they were guilty since they fled the state,” Freddie Love said. “I hope they get the proper justice served for what they took away. It’s more than just the death of someone that they caused. Eddie, he was my only family member left.”

Freddie Love said his brother and mom moved to the western Stanly area from Cabarrus County about a decade ago. Eddie had worked in trades dealing with construction, mechanical and electrical, recently working on projects near his Griffin Hill Drive home.

“He was the type that would give the shirt off his back and help anyone he could,” Love said. “Things don’t add up for something to have caused that. My brother is the type of person to not let that go on. He was a fighter.

“Eddie loved everyone in his family. Eddie always told me, ‘I have your back,’ and now your little brother has your back, big brother,” Love added. “You will never be forgotten and we will see justice is served in your death. You are our angel now.”