ELECTION 2020: Asciutto wants to rejoin board

In the race for the District 5 spot on the Stanly County Board of Commissioners, one local businessman looks to rejoin the board.

Peter Asciutto, owner of Vac & Dash in downtown Albemarle, served on the board from 2012-2016, the first time he ever was elected to a public office. (Note: The preceding paragraph was edited online to correct the years in which Asciutto served.) 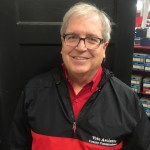 Asciutto said he brings a lot to the table in terms of serving as a commissioner, adding he worked with departments to learn how tax dollars were spent and was able to convey that information to citizens.

“There are things that we need to do moving forward to help our county grow economically,” Asciutto said.

The former commissioner said issues with broadband access are important now, especially with the schools going to virtual learning and many businesses using Zoom meetings online. He said he would like to see more WiFi hotspots around the county.

Public health is also a primary concern for Asciutto, he said, because of the uncertainty in the future with the economy to bringing companies back to work in the time of the COVID-19 pandemic.

“How do we fill up and help restaurants?” Asciutto said, adding questions to be looked at will include decreased tax revenues due to the shutdown.

Asciuto said he had to deal first-hand with COVID-19 with a business deemed essential, including the safety of his employees and customers.

“I’ve learned how to deal and adapt to the ever-changing circumstances. We’ve had to shift our business around so I understand the plight of small businesses,” Asicutto said.

He added he also understands the plight of how a county government has to deal with a pandemic and keep its workers safe.

“A virus doesn’t care who you are, how much money you have, where you live or what political party you’re in,” Asciutto said. “It’s going to be around for a while so we have to be able to deal and adapt.”

Asciutto said the Board of Commissioners should be “the voice of Stanly County” in dealing with the situation.

“We need to have a message we send out on a consistent basis. We need to work with our Department of Public Health to get the facts, figures and projections to inform the public on how to be safe.”

Asciutto said he is involved because he loves Stanly County, adding he has a “unique mix of owning a retail store and growing that store during a recession…and a pandemic.”

He said he has been involved with the community, having donated his time and energy to nonprofit organizations.

“I have the experience of being on an elected board when you have to make those tough decisions which are best for the citizens although they may be unpopular at the time,” Asciutto said.

The vision he has for the Board is to work with the municipalities “to make Stanly County better” and to have more of a leadership role in the pandemic.