ELECTION 2020: Hathcock ‘wants to be there for the people’

One candidate vying for a position on the Oakboro Town Commission has worked with a number of municipalities over the years. 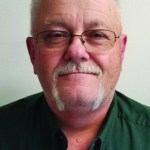 Lanny Hathcock, running for one of two positions on the commission along with incumbents Chris Huneycutt and Latoya Jackson and newcomer Jesse Lewis, was raised in Oakboro.

The first-time candidate is retired after working for years with the construction division of the state’s Department of Transportation. He now works for a private engineering company that works with municipalities for projects like sidewalks.

Now fortunate to not have to work long hours, he said, Hathcock said he wants to spend time helping the town where he was raised.

With changes coming to the town from the arrival of Charlotte Pipe and Foundry, Hathcock said he remembered years ago when a lot of businesses were in Oakboro, like Stanly Knitting Mills.

“I’m looking forward to the pipe foundry coming in and boosting the economy around here,” Hathcock said. “I know it’s going to change the look of this town, but that is progress.”

Economic development is not the major issue for why he is running, he said, adding he is “blue-collar” and he “wants to be there for the people.”

Having grown up within a mile of where the new foundry will be, Hathcock said the area has already changed. While some people may not like some aspects of the foundry, Hathcock added “it is progress. It’s going to help everybody in the long run. It may not help me, but it may help my grandkids.”

Traffic in town is one of the issues Hathcock said he is concerned about in Oakboro’s future. Some changes on roads are planned by DOT.

Utilities are also a concern, he said, after the town sold its wastewater treatment plant.

“We want to keep up with all of that,” Hathcock said.

He added he does not have a problem with what is going on in the town, complementing the police force and Police Chief T.J. Smith.

“It’s a good little town and I’m proud to live in it.”

His vision for the commission is for the board to work for all of the people and not just certain ones, he added.

“You should treat everybody equally.”

Hathcock said “if people vote me in, that’s great. I’ll do the best job I can do for them.”