One of the four candidates for the three spots on the New London Town Council is a retired corrections officer who has served for a number of years on the council. 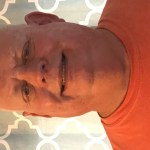 Johnny Chestnut Jr. is one of three incumbents running for reelection to the town council along with Bill Peak and Dan Phillips. Richard Kimmer is also running for one of the three seats on the town’s Council.

Chestnut served on the New London Town Council in the 1990s and is now on the board when the town has started several projects.

Included in those projects, which he calls the most noticeable, is the opening phase of a new recreational park across from his old elementary school, now occupied by the Tarheel ChalleNGe Academy.

“We hope to add several more things to it and I would like to stick around and help bring that into reality,” Chestnut said.

He added the town has several paved walking trails near the park along with picnic shelters, restroom facilities and a playground for the kids.

The town council is applying for grants to go into a second phase for the park to add a community building and amphitheater, Chestnut said.

Being on the board so long, he said, gives him a lot of experience and helps to bring a different point of view on the council. Chestnut describes himself as a person who wants to discuss actions by the town “instead of just being a rubber stamp.”

“I try to be thrifty with the tax money we receive from our citizens…and try to make sure that it goes to things as needed,” he said, noting part of the town does not have access to the sewer system due to an annexation before he was back on the board.

“I’m wanting to get the sewer system expanded throughout the whole town where everybody can have access to it.”

One of his responsibilities with the town council has been zoning and code enforcement, adding some codes “are way, way too strict for some of the businesses” to come into the area.

“We want to continue to grow,” Chestnut said. “Maybe we can rewrite some of those (codes) and make them a little more user-friendly for businesses and residents.”

While not specifically in charge of street maintenance, the town commissioner said some of the streets “are really in rough shape” and the town has been patching some parts but the town needs to do some repaving.

Having retired after working 30 years for the state as a correctional lieutenant, Chestnut said he has been going out riding in the community speaking to residents and seeing what needs to be done.

He added he would like to see the town get its own waste treatment plant and not depend on Albemarle for the service.

The commissioner said the council needs to listen to citizens and do what is best for the entire town.

“We have a nice little community up here,” he said, adding the council hardly ever goes over its budget and always has money in reserve.