Bill Peak is running for reelection along with fellow commissioners Johnny Chestnut and Dan Phillips and newcomer Richard Kimmer for three spots on the New London Town Board.

Peak moved to New London from Indiana in 1984 with the Sumner Company, but when the company moved back to Indiana he stayed. Peak went on to work for the E.J. Snyder Company in town before it closed. 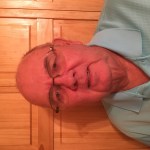 He then worked at Hammond Electric Motors as a salesman before retiring in 2017.

Peak has served on the council for 21 years, an uneven number due to changes made in Raleigh to move the elections to the general election schedule.

Peak is approaching 50 years of marriage to his high-school sweetheart, Karen, and the family has two grown children and four grandchildren.

One of the biggest issues to Peak, he said, was finally getting the industrial park in New London completed, which he said has been “a long, long drawn-out project mainly because of weather problems that we’ve had this year.”

Peak said he continues to run for the town’s commission because he “felt like serving the community was something I could kind of give back.”

Due to his experience in the maintenance field, Peak said part of his role as a town commissioner has been to work with the wastewater system which was put in around 20 years ago.

He said he also has worked with the board and others to get the industrial park open because he “felt like I wanted to see that completed.”

Peak said he likes to work with the people of New London, many of whom he knows which fits right in with living in a small community.

While just up the road Richfield has seen growth in terms of new businesses and fast-food restaurants, Peak said he believes residents of New London don’t want that.

“They like our little community store we have up here and the bait store across the street,” Peak said referring to the Fast Stop and Bait on 8 stores located at the crossroads of Main and Gold streets.

Peak added he believes the town does not have a number of issues facing it currently but the board’s job is to “take care of the town’s money” and “meet the needs of the people.”

The town commissioner added the board tries to handle complaints brought to them “without a lot of controversy.”

Having a branch of the sheriff’s office next to the town hall has been a big plus, Peak said, noting the crime rate is very low in New London.

The town recently hired its first town employee to work outside of the office because of the four wastewater pump stations which have to be monitored. Before then, work in the town had to be done by the commissioners.

Peak said New London is also “very fortunate for being a town of 600 citizens to have the amount of industry” it has, along with a low tax rate of 16 cents per $100.

He added his vision for the board is that the commissioner “can continue to work together because our board agrees or agrees to disagree, but at the end of the meeting, we all get along.”