Three positions are available in the November election on the New London town commission, with three incumbents running along with one newcomer.

One incumbent is a Lexington native who has served on the board since December 2008. 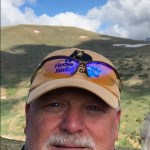 Dan Phillips has lived in New London since 1987 and went to work for Industrial Products, a family-owned industrial-product company. He bought the company in 2002 and sold it in 2016, when it became IPCD and moved to Richfield.

He is running for re-election along with incumbents Johnny Chestnut and Bill Peak along with newcomer Richard Kimmer.

Phillips splits his time between Oak Island, where his wife lives, and New London, still working for ICPD.

Being on the town’s commission, he said, has had a loyalty factor from voters explaining “once you get on the board, if they like what you’re doing, you kind of stay there.”

Phillips said New London “is a great community with good folks there.” He said the town of fewer than 500 people does not spend a lot of money despite having a strong tax base.

He first got on the board when the town’s mayor, Calvin Gaddy, convinced him to run for a spot on the commission.

“I was trying to run a business and was really busy, but I gave it a shot when I was elected,” Phillips said.

Having learned a lot about small-town government over the years, Phillips said he has enjoyed his time on the board and had something to offer voters “and apparently everybody else did, too.”

Calling himself a hard-working man, Phillips said he gives 110 percent of everything he commits to doing.

“I’m going to have the residents in mind with anything I do,” Phillips said, adding he would “try to make the right decisions for the taxpayers in the town.”

Safety is one of the top issues to Phillips, saying the town has a great relationship with the Stanly County Sheriff’s Office who is contracted to provide law enforcement services for New London.

Economic development is also important to New London, Phillips added, noting the industrial park the town has worked on for many years is scheduled to open possibly by the end of October.

“We were very fortunate to have that property donated to us. We decided that would be the best way to spend the money to benefit the residents of New London,” Phillips said.

Having U.S. Highway 52 run through New London is a huge advantage for the town, he added, saying the board hopes to have more manufacturers move into the new park due to the town’s low tax rate.

“We’re not going to do anything to jeopardize the safety (of residents),” Phillips said.

He wants New London “to be a great place for families to move into to raise children.”

Regarding the election, Phillips said “if voters feel that I’ve done a good job and want to put me back on the board, I’ll work as hard now as I did when I got on the board.”