Poplin wins District 5 seat on school board by wide margin 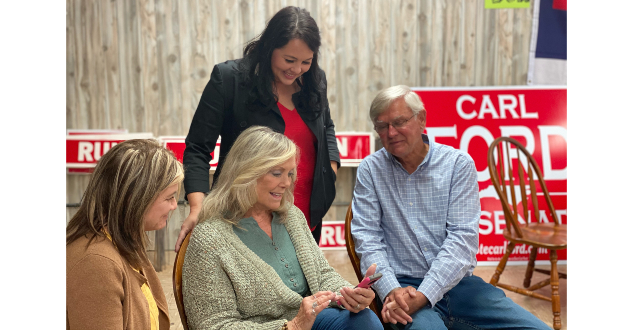 Her platform in the 2020 election was to bring more individualized attention to students may have led to her victory in Tuesday’s election in the District 5 race for the Stanly County Board of Education.

“I was very excited to know I had the support of the county,” Poplin said about her victory at the polls, adding it was “such a good feeling to know you have people behind you.”

The COVID-19 pandemic is a big factor for Poplin when she joins the board in January, she said, including the redistribution of teachers and how many students will be learning remotely versus in person. She said she would like to see as many students as possible going back to in-person learning.

She said she would like for the board and new superintendent Dr. Jarrod Dennis to sit down and find ways to make Stanly County Schools more competitive with surrounding systems and even possibly have different types of schools.

Poplin thanked everyone who supported her campaign with the numerous calls and texts. She also thanked Harrison for running a clean campaign.

“The main goal is (for us) to just do better and be better,” Poplin said.

Harrison said she was unable to campaign like she wanted to due to some health problems, adding Stanly “is a very red county and I knew that going in,” referring to the Republican Party.

She said she was able to do a school supply drive during her campaign, which was worthwhile and “actually did some good in the community.”

Harrison said Poplin “ran a good campaign” and said she “is a strong competitor…I’m sure she is excited to be able to serve on the school board.”