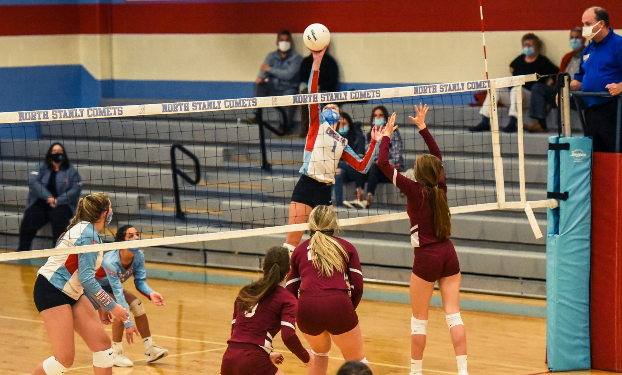 Taegan Lowder led North with 25 kills and a 48.1 hitting percentage along with 16 digs, five aces and one block. Celo Carter added 10 blocks while freshman Anniston had seven kills. Alex Childress paced the offense with 47 assists.

Gray Stone (1-1, 1-1 YVC) was led by Piper Mauldin with eight kills while Aniston Belk had a team-high six aces. Mandilyn Stoyanov had nine blocks for the Knights. Lannah Huneycutt had 13 assists for Gray Stone.