Two former Locust mayors die within weeks of each other

Locust, the city with a soul, has lost two of its leading souls.

Scott Efird, who followed Greene as mayor, currently serves as planning and zoning director for the city.

“Mayor Greene loved the city. He was passionate about what was going on,” Efird said. “He was the mayor at a very important time in the history of Locust — as they tore down the old Main Street and built town centre . He had a lot to do with the park getting funds for it. He will be missed.”
Councilman Mike Haigler said Greene “was instrumental in getting Walmart into Locust” and said he was “very supportive of the police department when I was chief there.” 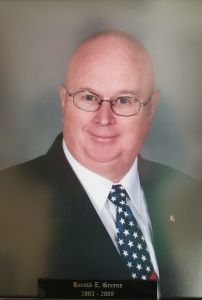 Efird, who is also a county commissioner, said Greene would call him every few months to say how proud he was of what going on in Locust.
Efird said he knew Huneycutt for more than 40 years. 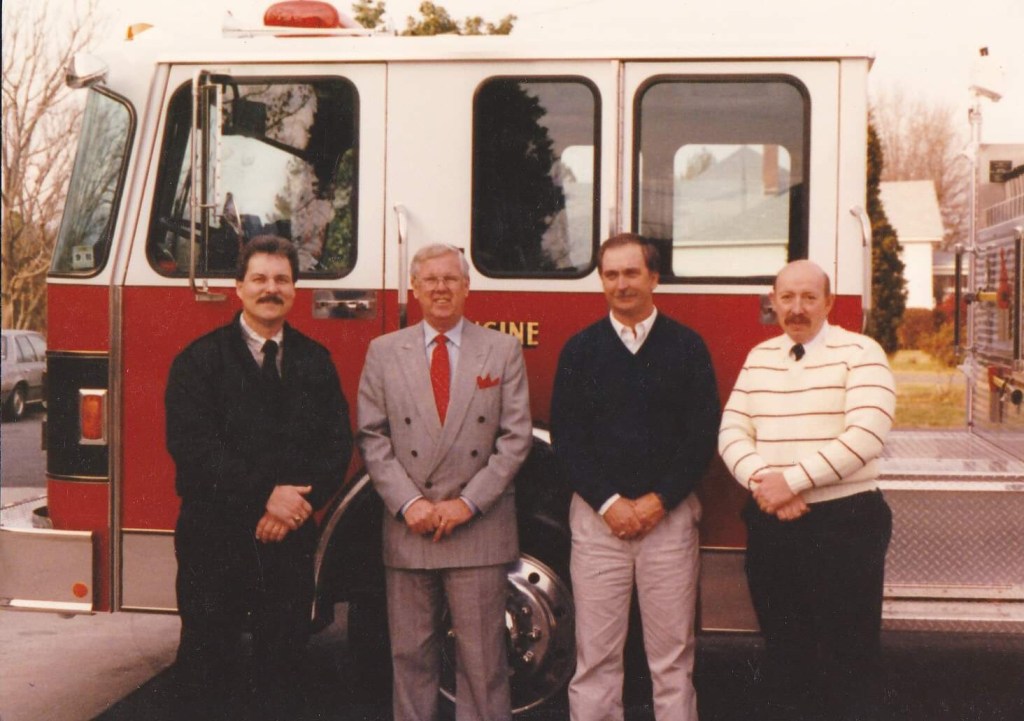 Mike Huneycutt, left, is joined by Bobby Harold Barbee, Benny White and Charlie Higgins during this dedication of Locust Fire Department pumper in memory of Pete Henkel. Huneycutt and White were on the Board of Directors at the time, Higgins was fire chief and Barbee was the district’s state representative in the House.

“He was always willing to serve his community,” Efird said. “He was the one that got the Meals on Wheels program started here in Locust. Mike love his family, his church and his community. We had good times together riding motorcycles together. He was a great guy Hey will be missed.”
Haigler was also with the police department when Huneycutt was mayor. Huneycutt, who served on the city council prior to being mayor, was a member of the Board of Directors at Locust Fire Department as Haigler served there as well.
“Couldn’t ask for anyone better,” Haigler said. “I remember when we had a bad tractor trailer wreck. Mike came out and spent almost all day helping us clean up the scene. And once we had a suicide and Mike came to the scene and helped clean it up so the lady who lived there wouldn’t see it. He was pro law enforcement and pro fire department and helped do fundraisers.”