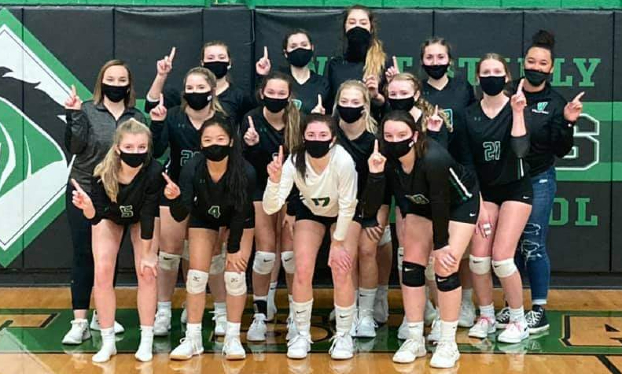 With the COVID-19 pandemic in 2020, many high school volleyball teams in North Carolina played a shorter schedule.

For West Stanly, the Colts jumped into Rocky River Conference play right away and remained undefeated including Tuesday’s 3-1 win over Mount Pleasant.

Kayli Cleaver led West with 19 kills while Riley Barbee had a double-double with 13 kills and 10 digs. Addie Barbee drove the offense with 35 assists and also led West with 19 digs. Caylee Clayton added a strong defensive effort with 18 digs and eight service aces, and Kelsey Parker had 13 digs.

The Colts have one more Rocky River Conference game, then will play several non-conference games including Wednesday at North Stanly.