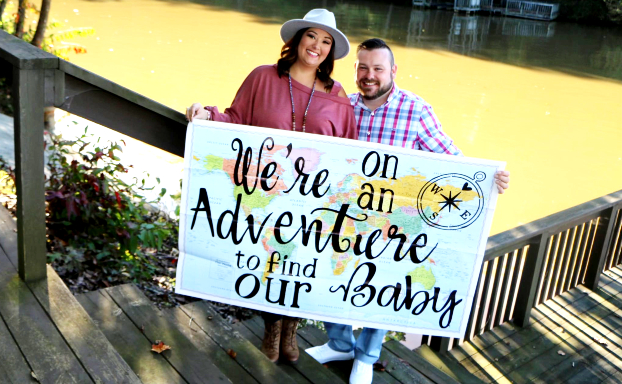 Thoughts around the holidays normally center around family, and one is looking to add to their family for what could be an amazing present for Christmas next year.

A barbecue fundraiser this Christmas recently concluded benefitting a local teacher and her husband whom have suffered through years of infertility and have decided to adopt.

Kaytee Hill, a sixth-grade reading and science teacher, and her husband, Calvin, who works for Hills’ Refrigeration Service in Albemarle, have battled infertility for two years.

She called the process of getting fertility treatments “extremely painful to go month after month with so much hope that this month’s going to be the month we get pregnant.”

Through the long process of doctors and specialists, the couple would have had to go through at least two to three more years on the medical timeline. So, they decided to take the same money they would have spent on fertility and adopt.

The Hills eventually decided to work with Christian Adoption Services in Indian Trail to find a child to adopt in North or South Carolina.

“This was the best choice to start our family,” Hill said. “We’ve always wanted to adopt; it’s always been part of our plan. We just never expected it to be our only option.”

Should the couple not be able to find a child close by, Kaytee said they would try an international adoption.

However, the process of adoption is “astronomically expensive,” Kaytee said. The adoption process will cost the couple approximately $40,000 to $50,000. She said most people do not have that kind of money, hence the reason for the fundraiser.

The Hills also benefited from a recent pancake breakfast at Hwy. 55 in Albemarle going towards the adoption, along with the barbecue fundraiser for the holidays.

Born in South Korea, Kaytee was adopted when she was four and a half months old by Cecil and Cheryl Burleson.

As an adoptee, Kaylee said she and her husband wanted to pay it forward. She said her adoption was “a huge blessing, a huge thing for my life. I really have nothing but amazing things to say about the process.”

Her adoptive parents also suffered from infertility and also tried to adopt for many years and continued to hit roadblocks. However, she added her mom told her, “the struggles were very difficult, but everything pointed to you…God had already chosen you for us.”

Kaytee lived in the North Stanly area for the rest of her childhood, going to school at New London, North Stanly High School and Pfeiffer University, where she earned a master’s degree.

Having been married 11 years, Kaytee said the couple decided to wait until later in their lives to try to have children.

“Maybe we should have started earlier, but it’s all God’s plan, the grand scheme of it all…it’s His timing and not ours.”

Through the whole process, Kaytee said she and her husband have both learned a great deal of patience.

She added Stanly County “is an amazing community to be in” and that the support from the community has been “overwhelming.”

Children are important to Kaytee, including her students at North Stanly Middle. Reghan Suhr, one of her students this year, said Hill is awesome, adding “she’s the best teacher ever. She’s really cool and she loves what she does.”