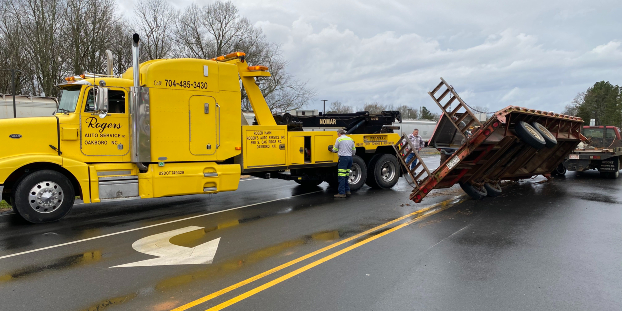 A tractor fell off the back of a tractor trailer Christmas Eve afternoon in Oakboro. (Contributed)

In a car accident the afternoon of Christmas Eve, a tractor overturned off another trailer just outside Oakboro.

According to Police Chief T.J. Smith, a truck with a flatbed trailer carrying a tractor came off East First Street and made a right onto N.C. Highway 205. Due to wet tires while sitting upon a flatbed trailer, the tractor shifted and caused the trailer to turn on its side, dumping the tractor into the highway.

No one was hurt in the incident.