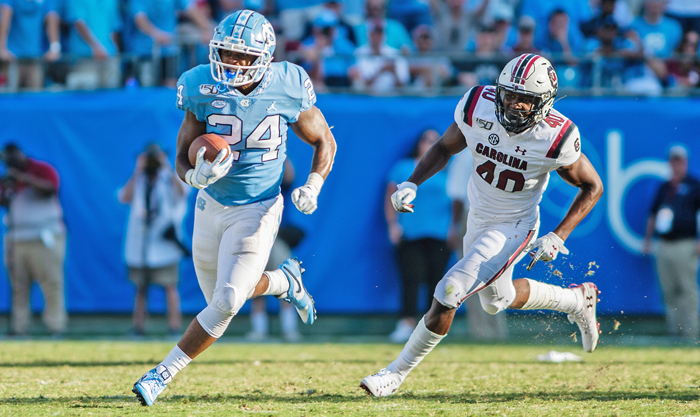 One former North Stanly football standout made a big splash Sunday in his debut in the National Football League.

Antonio Williams, the all-time leader in rushing yards for North Stanly, rushed for two touchdowns in a 56-26 win for the AFC East Division champion Buffalo Bills.

Williams, who signed with Buffalo in April as an undrafted free agent, had been cut from the Bills and later joined the team on the practice squad.

He rushed for 63 yards on 12 carries and scored two fourth-quarter touchdowns in a 30-point win over rival Miami, becoming the first undrafted rookie for Buffalo since 1970 to score two TDs in a game. The 56 points scored in the game by the Bills was the second-most points for the franchise in a game since scoring 58 against the Dolphins in 1966.

Before playing in college at both Ohio State and North Carolina, Williams rushed for 7,999 career yards and 86 career touchdowns, both school records. North went 26-11 overall in Williams’ final three years with the Comets, including the school’s first playoff win.