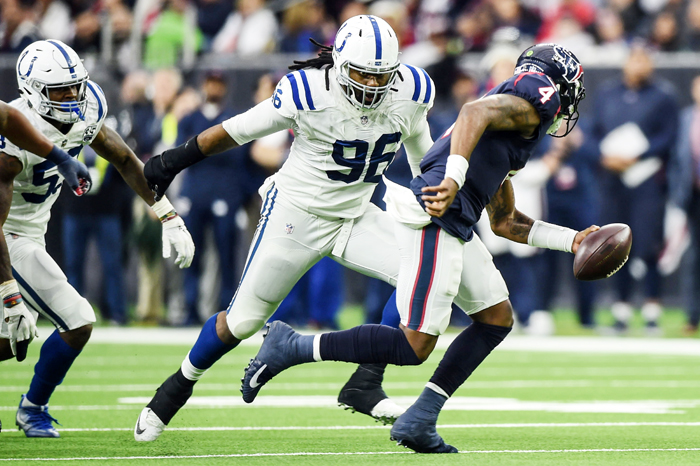 After Sunday’s results in the National Football League, 14 of the league’s 32 teams survived to advance to the playoffs. Three of those teams have athletes from Stanly County as part of their rosters.

Former Comet Antonio Williams, who had spent time on the practice squad for most of the season, was activated late Friday and scored two rushing touchdowns with 63 yards rushing and one 20-yard reception as the Bills finished 13-3 overall, winning the AFC East Division title.

The Bills, the No. 2 seed, will host No. 7 seeded Indianapolis, who earned the final wild card into the playoffs.

Indianapolis, whose 28-14 win over Jacksonville gave the Colts a berth into the playoffs, will travel to Orchard Park this weekend.

Former Albemarle standout Denico Autry has played 13 games this season for the Colts on the defensive line and is tied for the team lead with two other players with 7.5 sacks along with 20 solo tackles and 32 total tackles.

Because of the Ravens 38-3 win over Cincinnati and Miami’s loss to Buffalo, Baltimore earns the No. 5 seed and will travel to No. 4 Tennessee, the AFC South Division champs.

R.J. Prince is an offensive lineman and member of the practice squad for the Ravens. He saw action earlier this season, including against Pittsburgh.