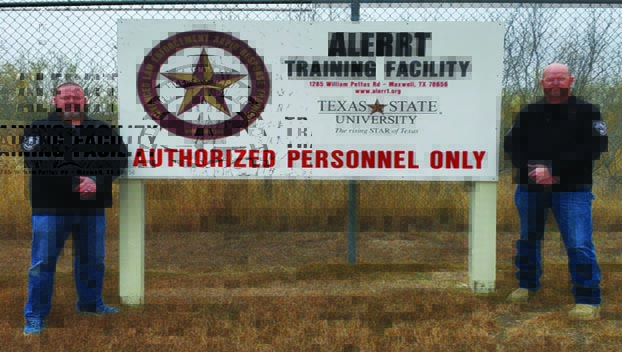 Two members of Norwood’s police department have received new training which can be shared with other departments regarding active shooting events.

Wilson said the ALERT program has recently been recognized as the national standard for active shooter response training. He said active shooter situations are when a shooting has occurred on a school campus, office or other public building.

The training was funded with a federal grant of approximately $43,000 which included special training rounds, ammunition which are plastic caps with paint in them.

“If we have an active shooter, we have someone taking lives. We expect for every round fired that is a life lost,” Wilson said.

The chief said the first thing to do in a situation with an active shooter is to stop the threat. Once the suspect is taken down, an officer’s next responsibility is to provide medical care as quickly as possible to those wounded in the incident.

Officers in the ALERT program learn first aid techniques such as applying tourniquets as well as securing an area and getting wounded to a safe zone where they can be treated.

The facility where the two officers trained had classrooms and indoor shooting facilities to work in various scenarios. Included in those scenarios is to go in with lights and sirens turned on, which has both advantages and disadvantages. Going into a situation in such a manner lets the perpetrator know police are coming but also can benefit a situation where the suspect will get scared and turn the gun on themselves.

Both officers are now certified instructors in the ALERT program and can conduct classes for fellow officers in Norwood, along with surrounding towns and agencies.

“Being able to bring (the program) back to Stanly County and be able to share that is vital. Anytime we can train together as a community as law enforcement, it does nothing but (makes us) better,” Wilson said. “The protection of our children and our schools is vital and very important, but to be able to respond in tandem with other agencies to an active shooter situation is very important.”