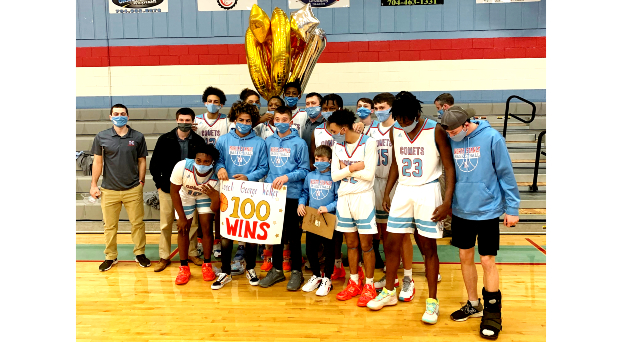 Four players reached double figures for North (2-2, 2-0 YVC) with Dyson Bell and Dre Hills scoring 12 points each. Doug Smith and Luke Cain each added 10 points for the Comets. Smith made it a double-double, adding 11 rebounds, while Bell had nine rebounds and four assists.

Walker previously coached at Mount Pleasant and Concord before taking over this season for the Comets.

The coach said he was “proud of our kids and how they have come to work hard each day and continue to get better.”

Coaching basketball this season in the COVID pandemic has made it “a unique season, but the kids have been great through everything.”

Walker said earning his 100th win “means I have been surrounded by some great kids and coaches. (I’m) just thankful to get to coach a great group of young men and continue winning.”