B.J. DRYE COLUMN: It boggles my mind that she’s gone

These are just a few loves I inherited from Aunt Peggy, who died Thursday night. Shortly after, a sun shined bright over my house, even though a tornado watch was happening around the same time. 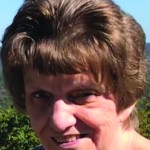 She was like a third grandma to me, partly because she and my cousins would sit with me when I was little. Many of those years we would also have Christmas parties. I remember playing Boggle, perhaps something that led to my use of words for a living. It was during this time that my love of Jim Valvano’s Wolfpack would forever turn to the royal blue and Coach K.

Did I mention Sun Drop?

I bet she had more Sun Drop in her than blood.

My dad comes from a large family, and he had a different connection with each of his siblings. Besides his brother Richard, sister Peggy was one of his closest, perhaps because she helped look out for the “baby.”

She was one of four close friends or family members we know who have been dealing with severe health problems at some point during the last year. There’s no doubt to me that COVID did not help any of this.

Someone told me that Americans are not designed to be cooped up, that we’re used to being free. That’s one of the reasons why people hate or refuse to wear masks.

Yet, we’re so close to getting this behind us. Let’s not give up the fight now.

Because we have been trying to protect ourselves, it’s COVID that has kept us from seeing my dad’s ailing sister, his friend, my uncle, and my mentor and SNAP Grandpa Bill Turner.

In case it’s a while before we see you again, know that we are thinking of you all and wish you peaceful days.