A former high school football coach with experience in radio broadcasting and bluegrass music has brought his talents to a new local radio show.

Tasker Fleming, who coached in high school and college for 32 years including three years at South Stanly, hosts a one-hour bluegrass show called “Front Porch Bluegrass” on radio station WSPC at 1010 AM and 107.3 FM Sundays from 3-4 p.m.

Moving to Albemarle nine years ago, Fleming became a fan of a local show on radio at the time hosted by B.J. The D.J. After he retired, the station was without a bluegrass show for about four years.

Fleming has been a fan of bluegrass for many years, dating back to high school when his father bought an old theater in Warrenton and remodeled it into a community civic center. On Sunday afternoons, the local radio station brought in gospel groups to perform such as the Suwannee Quartet, along with bluegrass acts like Bill Monroe, Mac Wiseman and others. 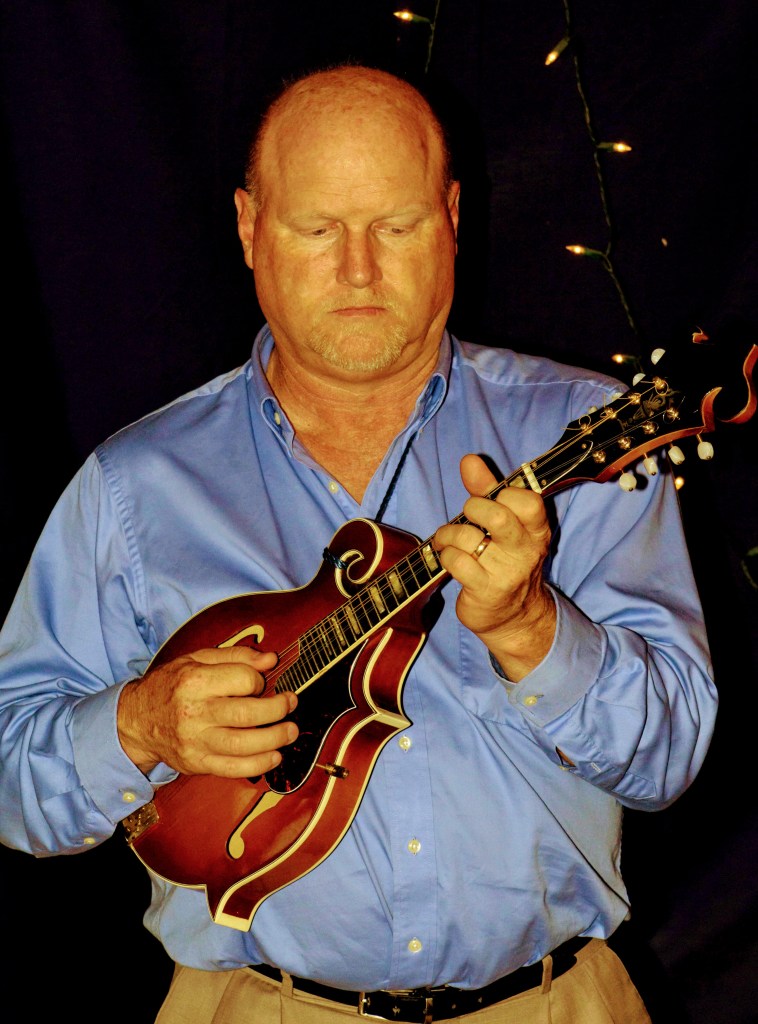 Tasker Fleming has taken his love of bluegrass to another level with a bluegrass program on local radio.

The former coach’s bluegrass fandom grew further after his family went to see bluegrass legend Earl Scruggs. Fleming bought a banjo through the JCPenney catalog with money he made selling pumpkins.

“I grew up loving music,” he said.

He taught himself to play banjo and eventually started playing with a group of other artists at various rest homes in Stanly and the surrounding counties before the COVID-19 pandemic.

“I just enjoyed being part of a musical group because I have zero talent,” Fleming said.

After talking to Stanly Communications owner Matt Smith, Fleming, who had retired from North Carolina but was teaching in South Carolina, decided he wanted to do the show.

“We’re excited to have a bluegrass show on the radio again. There are a lot of people who have reached out to us saying they enjoy it,” Smith said. “What makes this show special is the love that Tasker Fleming has for the music. It’s his passion for bluegrass that makes this show possible, but that also shows through on the air and makes his program that much more interesting.”

Fleming recently retired from South Carolina as well, which gives him the time to do what he calls “a hobby,” which is producing the show.

The show has also been picked up by WIZS-AM 1450 in Henderson, a station Fleming previously worked at in the 1990s doing a football show called “Coach Talk.”

As far as the music on the show, Fleming said selections could go back to the 1950s up to current times. He also has plans to feature a Song of the Week and takes contributions from local artists, saying he wants to include North Carolina voices on the show.

The original and traditional bluegrass will be on the show, but Fleming said he also may throw in a few novelty songs, mentioning a recent listener request for a song called “Beans In My Bacon.”

While saying he is not a fan of the new progressive bluegrass, which he said is “almost more of an Americana country style,” Fleming said if he listens to a song and likes it, he will play it.

“I would invite people to give (the show) a chance and listen to it.”