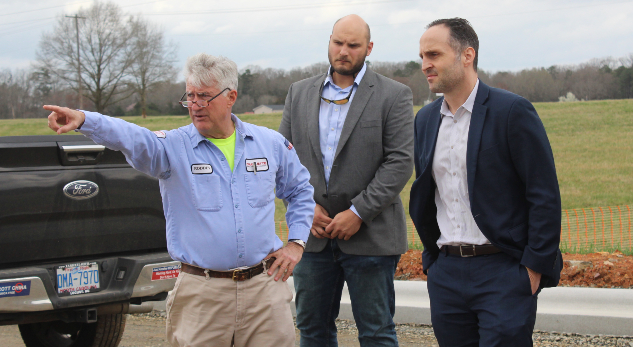 State and local officials recently received an update on the development of a major business heading to Stanly.

Construction is underway on the site of the new Charlotte Pipe and Foundry on the outskirts of Oakboro.

Pinnacle Construction recently presented plans for the plant to government officials, including the North Carolina Secretary of Labor Josh Dobson.

Roddey Dowd Jr., CEO of Charlotte Pipe, along with several members of the company, presented the information to officials.

The plant will have more than 30,000 linear feet of underground site utilities and have 35,000 cubic yards of concrete poured.

When completed, the foundry will have 505,000 square feet of structural steel.

The plant is expected to be finished, per the presentation, by July 2023.