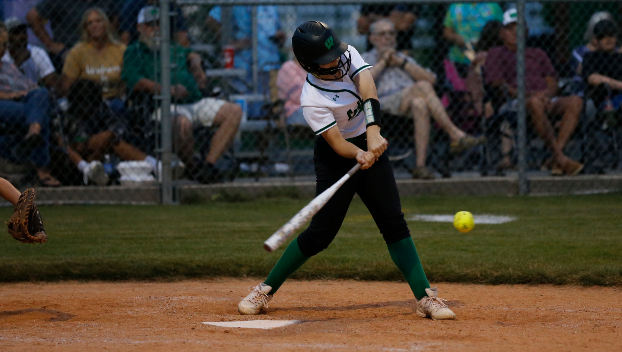 West Stanly’s softball team did not get a favorable seed from the blind draw in the opening round of the 2A state playoffs.

Undefeated this season and a top-ranked team, the Colts drew a No. 8 seed and hosted another conference champion in the first round of the playoffs Monday, No. 9 West Stokes.

One of the Colts’ driving forces took a perfect game to the final out of the game when a walk ended her bid for perfection. However, West Stanly’s Jordan Hatch struck out the next batter, her 11th of the game in 16 batters faced for a no-hitter in a 10-0 five-inning win.

Hatch and the Colts’ defense posted the team’s ninth shutout of the season. The senior pitcher dropped her earned-run average to 0.89 and opposing batting average to .154.

At the plate for West Stanly, Lily Huneycutt was 3-for-3 with a double and three RBIs while catcher Shelby Barbee added a double along with a home run and two runs driven in. The home run was Barbee’s 11th in 15 games; the senior has 36 RBIs and is batting .588 this season.

Rachel Efird added two doubles and two RBIs as well for the Colts.

West Stanly awaits the winner of Tuesday’s game between No. 1 seed Hibriten and No. 16 Franklin in the next round of the playoffs; the second-round matchups will be Wednesday evening.