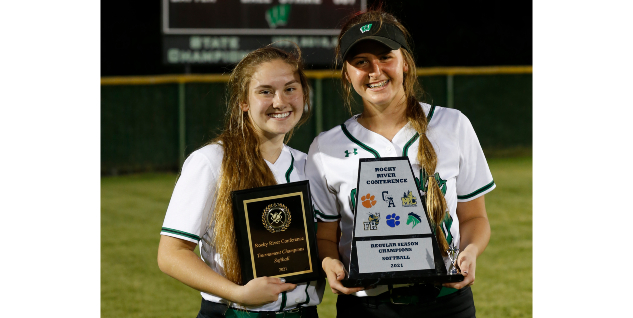 The West Stanly Colts softball team has reached the state finals for the fifth time in history, only to find a familiar opponent waiting for them.

South Granville has won 10 state championships including five fast-pitch titles. The Vikings have won the 2A title three times in the last five seasons.

For the fifth time in NCHSAA fast-pitch history, West Stanly and South Granville will meet in the state finals. The series starts Friday night at 5 p.m. Game Two of the series is set for Saturday at 10 a.m. with a third game if necessary later in the day at 4 p.m.

The meetings date back to the first year of high school fast-pitch softball in 1996. South Granville won the 1A/2A state title with a 1-0 win over the Colts.

West Stanly returned the favor the following year. The Colts lost 4-2 to the Vikings but rallied in the championship games with wins of 6-1 and 2-1 to claim the 1A/2A title.

After fast-pitch softball divided into four classifications in 1998, South Granville and West Stanly again found themselves on the field together. In the championship game, the Vikings won 9-0 over West for the program’s second fast-pitch title.

South Granville made it back to the four-team round robin finals for four straight seasons from 1999 to 2002 but did not win a state championship.

The Vikings would not return to the state finals until the transition from a four-team tourney to a best-of-three state finals between two teams in 2013.

Who was waiting to face the Vikings?

The Colts swept South Granville 8-4 and 4-3 for West’s second championship in the sport.

Two years later started South Granville’s run of four straight appearances in the state finals, with the Vikings winning three titles in 2015, 2016 and 2018.

Jackie Day, head coach for the Vikings, attributes the team’s recent success to players buying into the team culture he and the staff have created.

“You’re lucky to have the kids that do that, that just want to play and learn…you have to work hard every day,” Day said.

Every day in practice, he noted, the Vikings have to get 21 outs every day in various situations with the ball hit into various spots.

Teaching defense, Day said, means knowing “where the play is going to be before the ball is ever hit, before it’s pitched and comes to your position.”

Like other coaches, the South Granville head coach getting used to masks in the time of COVID-19 took a little bit of time.

“You can’t control (COVID restrictions)…what you can control is how you field the ground ball and how you throw it,” Day said.

MaxPreps rankings as of Monday had South Granville 10th overall in the state and second right behind West Stanly in the 2A class. Rankings, Day said, are something he can not control, adding “I can control how we play.”

This season, both the Colts and Vikings come into the state finals with unblemished records.

South Granville swept through play in the 2A Northern Carolina Conference outscoring teams 114-3.

Brooke Bowling, a senior pitcher who will play for the Charlotte 49ers next season, averaged more than 12 strikeouts per game in the regular season. Bowling’s pitching record at South Granville is 59 wins to just four losses.

Strickland’s job, Day said, “is to move people and put the ball in play.”

The difference in the game, the Vikings’ coach added, will come down to one or two key plays.

“Each team is going to make the same amount of spectacular plays, the ‘Wow!’ plays,” Day said. “That averages out between the two teams. But generally if you score a run or two, three, the team that makes the routine plays generally wins the game.”

Day praised the West Stanly as being “an awesome team” and “well-coached.”

Day said when you get to the playoffs, all the teams are good. What makes the difference is, he said, “who is going to persevere and press forward, who is willing to take chances on offense and defense.”

The Kelly Green and Gold

West Stanly, the reigning and defending 2A state champions, also ran the table through the regular season and playoffs.

The Colts outscored teams this season 184-18 including 130-11 in the regular season.

A huge portion of the team’s defense this season starts in the circle. Senior and ECU-bound Jordan Hatch, the 2019 Gatorade 2A Player of the Year, turned in another strong season. Hatch was 18-0 on the mound with a 1.04 earned-run average, allowing 16 earned runs in those 18 wins.

Opponents batted .153 against Hatch this season, drawing 33 walks and striking out 185 times for a K-to-BB ratio of 5.61. Hatch averaged 10.3 strikeouts per game in 108 innings pitched.

As they had in 2019, West hits for power. The Colts had 30 home runs this season, with Meredith Harwood (.431 avg., 25 RBIs) adding seven long balls. Senior Kailey Furr and sophomore Carmen McRae each added four homers.

In four seasons under head coach Craig Carter, the Colts are 73-4 overall.

As the No. 8 seed from the blind draw, West had to win three road games to reach the finals. Carter said that was not more difficult than playing at home because of the talent level of his team.

“We went and took care of business,” Carter said. “(Playing on the road) has been definitely different.”

“Those two games definitely helped us from a pressure aspect, giving us something to draw on,” Carter said.

Offensively, the West coached noted how much offensive production his team has gotten from top to bottom in the lineup.

Carter said the team’s drive to win the title is not about defending the 2019 crown or not playing last season, but more about leaving a legacy for others to follow.

“Let’s leave a great legacy for the future classes coming along,” Carter said.

“There are some great girls coming up, too. It’s definitely been fun being with this group.”