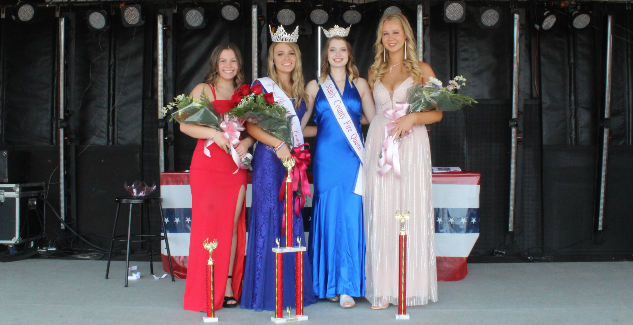 After two years, Stanly County has a new fire queen.

Competing in her first pageant ever, Eury said she was not expecting to win.

“This is amazing. I’m so excited to represent (Stanly) and do whatever they need me to do for our community,” Eury said.

The new queen said the other girls in the competition were so supportive of each other.

“I couldn’t ask for a better group of girls.”

The pageant was nerve-wracking, Eury said. She said she was most worried about going blank in the question-and-answer part of the competition.

After describing her family’s tradition of having sparklers and fireworks every Fourth of July, her random question was how she defined the word success.

Eury said success was “finally when you set that goal and you fulfill all of those dreams.”