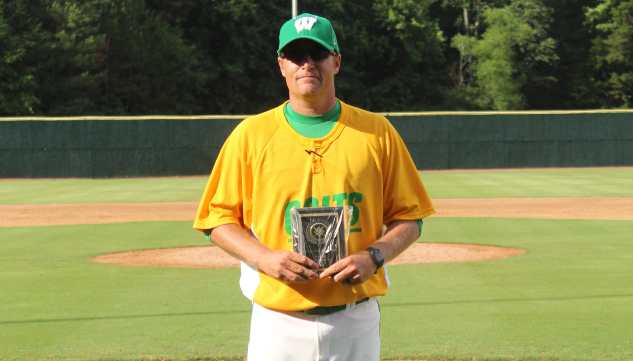 The new West Stanly athletic director is definitely no stranger to the school.

Having both played baseball for West and later becoming its head baseball coach, Chad Yow will have a new role for the school in the fall as its AD.

Yow said becoming the West Stanly athletic director was the same feeling when he was named the head baseball coach.

“I grew up coming through West Stanly. I bleed that green. I’m just genuinely excited for the position,” Yow said.

Yow was a 2002 graduate of West Stanly, where he was a standout in baseball on the mound and at the plate. Wearing No. 44 and playing second base, Yow was All-RRC three seasons, including Player of the Year in 2002. He also was a two-time All-RRC selection in basketball and was the runner-up for Player of the Year of the Stanly News & Press All-County Basketball team.

After his time in college baseball at Wingate, where he was the number-one starter for the Bulldogs for three years, Yow was an assistant coach and then the head coach at North Stanly in 2009. He then spent two years under David Lee at West Stanly as assistant before taking over in 2014.

One focus Yow said he has for the West Stanly athletic programs moving forward concerns facility management, which he said was his strong suit.

“I want to blow people’s socks off with the facilities at West Stanly,” Yow said.

He added he wants to earn the respect of the other West coaches and players, that he “has their back.”

Improvements to the baseball field, now known as The Ball Park at West Stanly, took time and money, he said.

Making improvements to other facilities will not be easy, Yow added, but he said he is working on a plan to help coaches take care of their respective facilities.

The new West AD said he also is committed to bringing people back to attending games in person.

“I think (fans) will be excited to be in a more normal high school athletics atmosphere,” Yow said.

West will follow state guidelines, of course, he added, but Yow said he wants to see the Colt Crazies (the West student section) back.

“(The Crazies are) great for a high school atmosphere…we’re pretty excited to get them back and have some Colt pride in the air.”