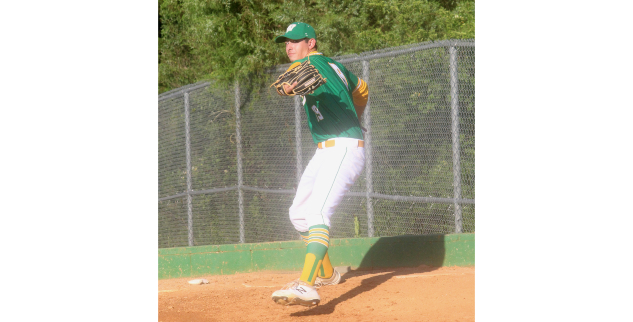 Michael Crayton warms up in the bullpen for the Colts. Crayton was the All-Stanly News & Press Hitter and Pitcher of the Year for the spring 2021 season. (Photo by Charles Curcio/staff)

Obviously, the numbers for this season were a far smaller sample size than what a normal season of 20-odd games would be.

However, as in past years, The SNAP has relied on statistics mostly for the selections.

This year’s top awards for Batter and Pitcher of the Year will both go to the same player.

West Stanly’s Michael Crayton had the highest batting average, slugging percentage and RBI total this season of anyone in the county.

He pitched the most innings (41.1), had the most wins on the mound (seven), and the second-best strikeouts-to-walks ratio (6.0). He averaged 1.74 strikeouts per inning as well.

The Baseball Coach of the Year goes to West Stanly’s new athletic director. Chad Yow directed the Colts to the best record in the county (13-2) and both the Rocky River Conference regular-season and tournament titles.

Here are the 2021 All-Stanly winners by position:

Now for the All-SNAP pitching squad…

Sports Editor’s Note: One name was unintentionally placed twice in the All-SNAP batters list and another name was mistakenly omitted in a previous version of this story. It is now corrected.