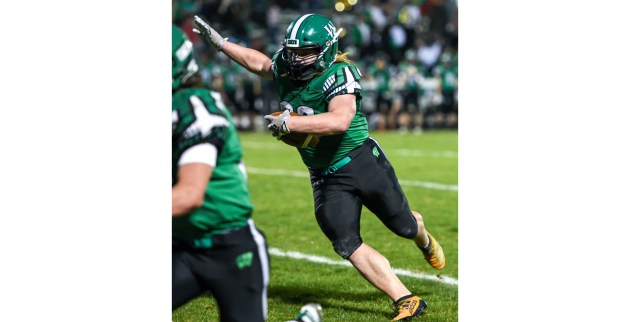 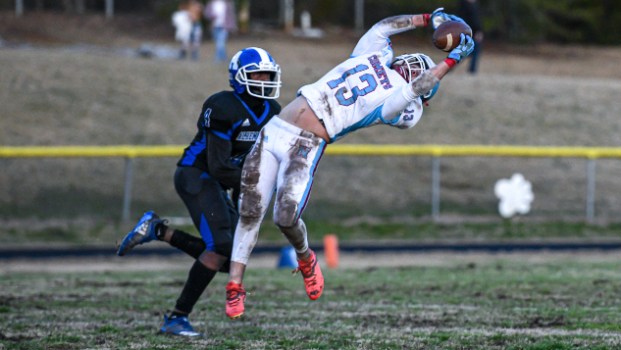 Of all the teams to try to pick from this past season, this one was truly impossible to do in the previous format.

In past years, the All-Stanly News & Press Football team was picked with 11 starters on offense and defense, standouts in special teams along with a Coach of the Year and several honorable mentions.

This year, that was impossible to do, along with having a clear winner with which to present the Stanly Cup.

In what was simply the oddest season ever witnessed by this SNAP sports editor, teams could play up to seven games but none of the Stanly schools got the chance to do that.

North Stanly played the most games at six, winning them all, but was denied a playoff run because of COVID-19 protocols.

The pandemic also cancelled games for the other three football programs in Stanly, whether it was their own team or their opponent for the week.

To try to fairly pick this team, everyone who was named to their respective All-Conference teams, including honorable mentions, have been named members in full standing on the All-SNAP squad.

The only two awards picked by the SNAP this year will be the offensive and defensive Player of the Year winners.

These decisions will be based less on statistics and more on observations by the SNAP.

Offensive Player of the Year

Many times on offense, it’s the player with a lot of size which wins top honors.

Enter Cooper Hogan, all 5-foot-9 and 175 pounds at wide receiver for North Stanly.

Rarely has there been a player who played with the reckless abandon and fearlessness, both as a wideout and a punt returner as well as in the defensive backfield.

One play stands out.

In the third quarter of the Albemarle-North Stanly game, after the Bulldogs cut the lead in half, he, along with quarterback Luke Shaver, came up with a play for the ages.

A bad snap over Shaver’s head looked like a broken play and an enormous loss for the Comets. Shaver, whose efforts on the play along with his offensive line were just as impressive, had the alertness to pick up the ball and roll to his left, which makes the play even more improbable for the right-handed signal caller.

Shaver fired to the sideline where Cooper, who had broken off his patter and raced toward the sidelines, made a spectacular catch, staying in bounds and putting momentum back on North’s side. The Comets eventually won the game.

Hogan was the Yadkin Valley Conference’s Co-Offensive Player of the Year and also played in the Blue-Grey American Game.

For all of those reasons and more, Cooper Hogan is this year’s Offensive Player of the Year.

Defensive Player of the Year

Now switching to the other side of the ball.

Statistics were hard to come by this season because of the lack of games but one stat for West Stanly stood out.

The leader of that defense (along with being a force on offense) was Colts junior linebacker Gavin Hudson.

His combination of size, strength, speed and determination made him a force in the middle of the West’s defense.

He was injured early in the season finale at Mount Pleasant. Had he been healthy for the duration of that contest, after some great play early by West on the road, one wonders how different that game would have been.

Hudson was named as the Rocky River Conference’s Defensive Player of the Year deservedly so.

This year’s All-SNAP Defensive Player of the Year is Gavin Hudson.

Here are the other selections for this year’s All-Stanly News & Press football squad: