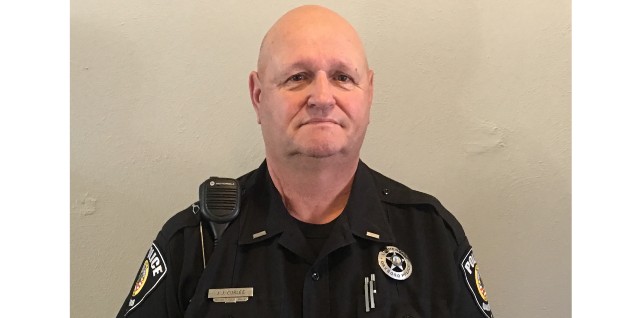 Curlee was a member of the Oakboro department for more than 20 years, including serving as assistant police chief. He also worked with the police departments of Locust and Mt. Gilead as well as the Stanly County Sheriff’s Office.

He lived his entire life in Red Cross, where he served on the town council for several years. His duties included the town’s fire and police protection, street maintenance and waste collection.

Before joining the council, Curlee also served on the town’s planning board.

Red Cross Mayor Kelly Brattain said Curlee “was a great asset to the town,” mentioning his work getting fire and police contracts done.

The town being small and close-knit, Brattain said, “J. J. had been around forever. It seemed like he knew everybody and just had a good rapport with people…I thoroughly enjoyed working with him.”

Curlee will be missed, the mayor added, especially his enthusiasm about the Red Cross Town Center Project.

“He wanted to see stuff like that take off,” Brattain said. “He let you know what you needed to know…you always smiled when he got done talking to you.”

The town’s mayor also said he would miss the part of Curlee’s personality “which pushed us to do the best we could do.”

“(Curlee) was a pertinent part of our team while we built the department to what it is,” Smith said. “He was not only an officer, he was an advisor, a mentor and a big brother. (He was) one of those officers who was extremely reliable.”

Smith added Curlee “didn’t sugarcoat anything. He would tell you exactly what needed to be said and done…he was the officer who didn’t have much to say, but when he talked, you listened.”

He said he was “extremely grateful for the amount of time I was able to spend with him. There was not an office in Stanly County who didn’t respect J. J.”