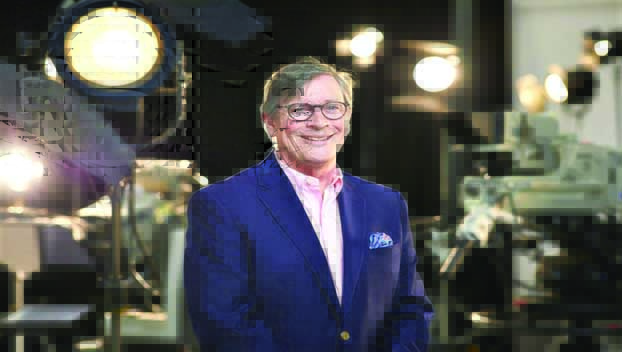 The Stanly County Historical Society had its annual members dinner and victory celebration for the conclusion of its Preserving our Heritage Endowment campaign on Oct. 7 at the Stanly County Agri-Civic Center.

Launched in November 2020, the Endowment Campaign, led by chairman Dr. JC Boone and campaign secretary Jim Sawyer, along with officers, board members and advisory members, has solicited contributions for the Preserving our Heritage Endowment to provide income in perpetuity for maintenance and capital improvements for the 1852 Isaiah Snuggs House and the Freeman-Marks House in Downtown Albemarle.

More than $536,000 has been raised for the cause. Both of the properties were listed in the National Register of Historic Places by the U.S. Department of the Interior in 1995 and were acquired by the Stanly County Historical Society in April 2020.
Keynote address for the evening was given by Albemarle native and author Warren L. Bingham.

Bingham has appeared on C-SPAN, “North Carolina BookWatch” with D.G. Martin and was featured on Georgia public radio. He was twice-invited to speak at Mount Vernon, George Washington’s estate in Virginia, and he has contributed to the Mount Vernon Magazine.

In North Carolina, he has been the keynote speaker to the Wachovia Historical Society and for Historic Halifax Day, and has been part of the speaker series at the North Carolina Museum of History, Wayne Community College in Goldsboro, historic Roaring Gap and at New Bern’s Tryon Palace.

History has been an avocation for Bingham, but he has also enjoyed a career in financial and philanthropic services with roles in mortgage lending and insurance and more recently in promotion of estate giving with, first, the North Carolina Community Foundation and currently with PBS North Carolina, statewide public television.

Bingham was born in Albemarle and is a graduate of Skidmore Kindergarten and he fondly remembers the head of school, the late “Miss Rose.”

He attended Central School for his first three grades and it was there that his third-grade teacher, Mrs. Reaves, gathered his class on the playground to tell them about the death of President Kennedy.

Bingham, who finished growing up in Mt. Gilead, is a graduate of UNC Chapel Hill and earned a master’s degree at Hollins University in Virginia.

Membership information is available by calling 704-986-3777 or emailing stanlycountyhistory@gmail.com.