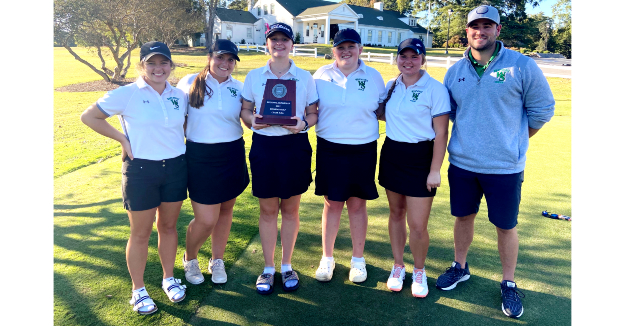 It has been a strong season in 2021 for the West Stanly women’s golf program.

The Colts won both the regular season and tournament championships from the Rocky River Conference.

Ashlyn Hughes was the RRC Player of the Year and earned All-RRC honors along with her teammates Cassidy Scott, Lilly Whitten, Alex Stabler, Meadow Scott and Jana Price.

West Stanly also finished second in the 1A/2A Central Regional and earned a berth in the 1A/2A state finals. The 36-hole, two-day finals will be hosted by Longleaf Golf Club in Southern Pines Oct. 25 and 26.

“I am extremely proud of what this team has been able to accomplish this season,” Colts head coach Matt Jones said. “They’ve worked really hard the past few years to put themselves into a position to compete at a higher level. We look forward to competing next week at the state championship and are hoping to come up with a top five finish.”