Gray Stone volleyball advances to 1A Sweet 16 with win 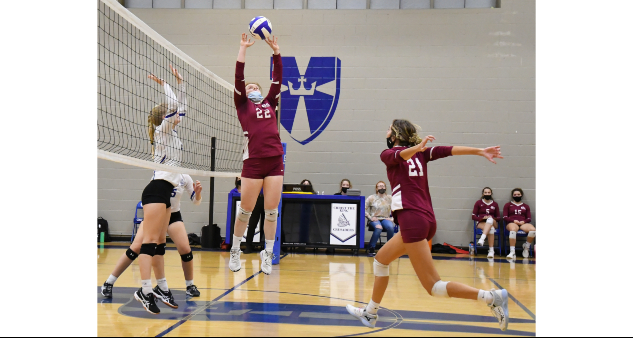 Gray Stone's Lannah Huneycutt (No. 22) sets the ball for Mandi Stoyanov (No. 21) during Tuesday's second-round match. (Photo by Daphne Daugherty)

Gray Stone’s volleyball team entered Tuesday’s second-round matchup on the road at No. 6 seeded Christ the King in Huntersville looking to get to the Round of 16 for the first time since the 2014 season.

Margaret Huckabee led five in digs for Gray Stone with 17 while Huneycutt led the team with 26 assists.

“Our defense played as one unit. They did a good job reading their hitters,” head coach Rebecca Carter said.

“Piper was on fire tonight.”

She added Gray Stone’s blockers were excellent in the win and “fought hard.”

The Knights will travel to Asheboro Thursday to face a former conference foe, the No. 3 seeded Uwharrie Charter Eagles. The Eagles (19-5) advanced to the third round with a 3-0 win over Cornerstone Charter.