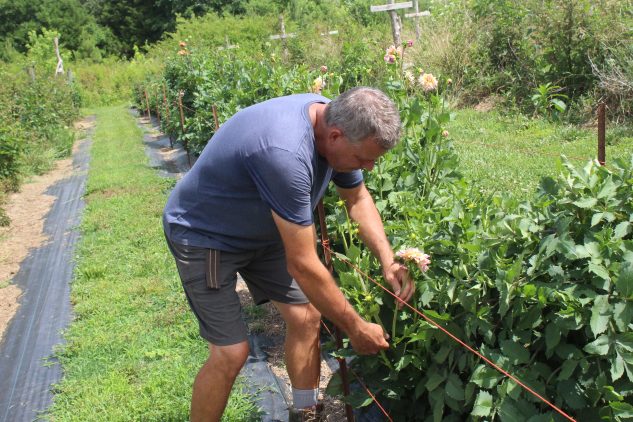 What started as a hobby for one local couple has quite literally grown into a full-time business.

With the tagline “sharing beauty with blooms and canvas,” Granville Lane Farms, owned by Rick Mullis and Sandy Selvy-Mullis, has created a unique fresh-flower business.

Raising flowers of their own, the Mullis family can be found Saturdays at the Albemarle Farmers Market selling fresh-cut flower arrangements off the back of their 1967 Dodge truck.

That truck, Mullis said, has made a big difference in the business, becoming a symbol for it.

“I had a new white truck but it just doesn’t look the same,” he said, adding the older truck “just adds so much to it.”

Along with the farmers market, arrangements can be bought at several local businesses, including Vac & Dash. 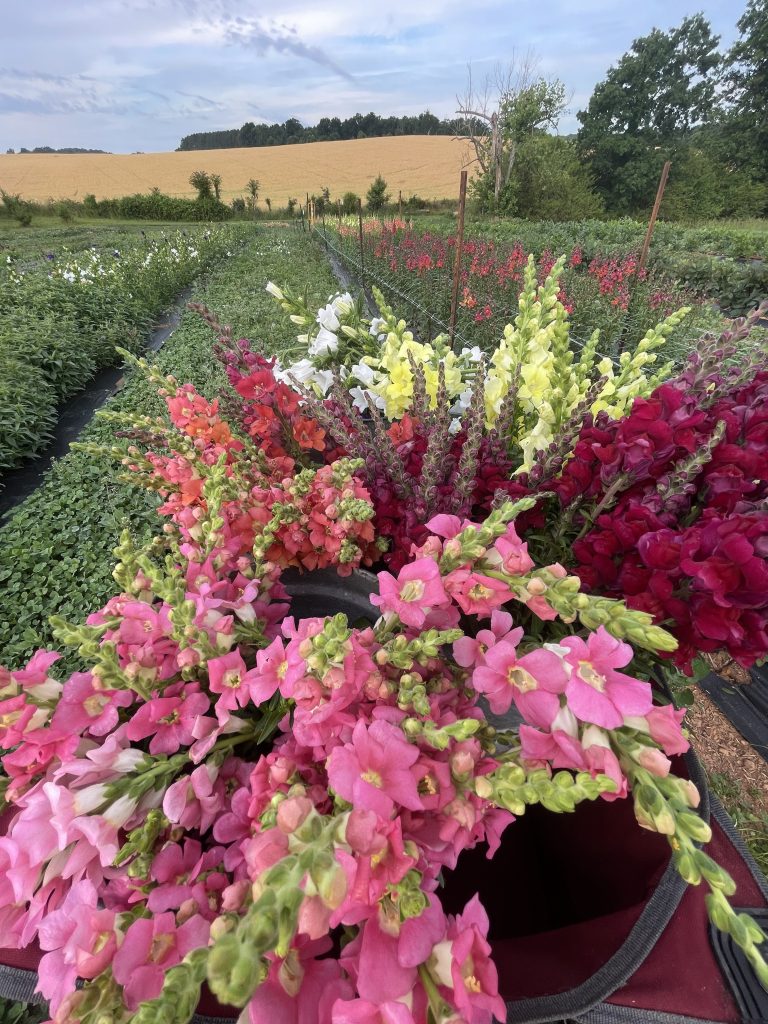 From sunflowers to dahlias, the farm has many flowers growing, along with bushes bearing fruit like raspberries, blackberries and more.

But what grows on the farm is only part of the venture.

Mullis, a professional photographer who has worked in the past with many families and companies including The Stanly News & Press, offers families photography sessions surrounded by the natural features of the farm.

From the flowers to the barn and more, Mullis can produce large canvas-sized photo prints for families of images taken at the farm. 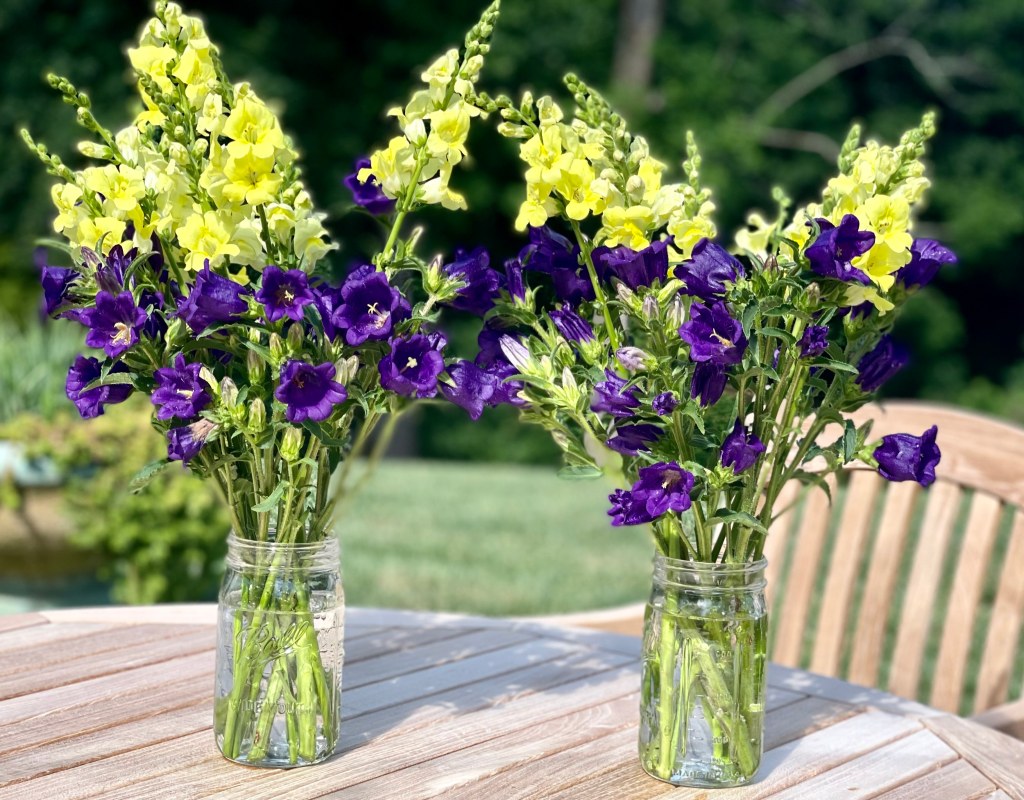 Mullis said the farm had 75 flowers planted last year just to see how it went.

After early sales went well, the couple decided, “Let’s plant some more and see what happens.”

The farm uses landscape fabric with holes burned in them and tiny plants get put in the ground using a mini tree planter.

Freshness for the farm, Mullis said, is important, with flowers cut and delivered the same day to local businesses. The flowers should last about a week to two if kept in a vase, depending on the type of flower.

Plans for the farm include turning the area into a destination for events like weddings, with ample photo opportunities all around the farm.

Glamping, a recently new hobby where people camp out but with the amenities and comforts of modern life, will be in the future for the farm. With a pond out back, Mullis said he can see a glamping tent or maybe a cabin go up for families to rent. People could spend the evening out in nature, but still be able to have indoor plumbing and electricity, along with possibly a hot tub or jacuzzi.

Mullis said he hopes to build relationships with places like the Hall House and the Stanly County Historical Society to provide flowers and arrangements. 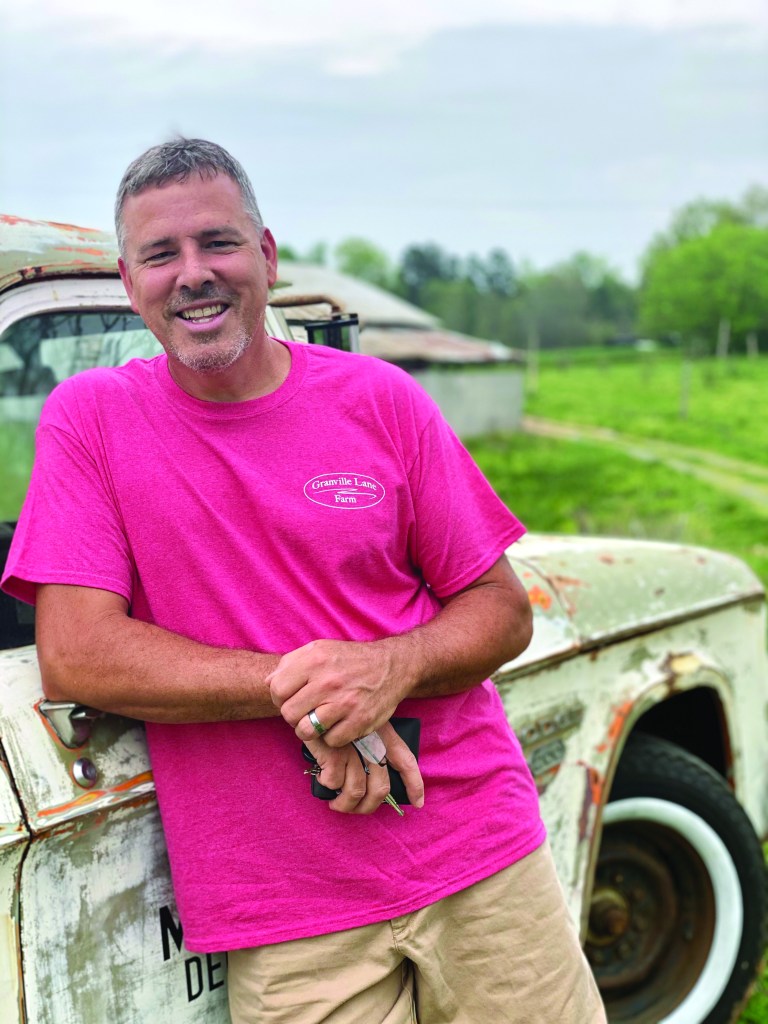 Granville Farm owner Rick Mullis takes a break from farming (above). Copies of the latest issue of Stanly the Magazine are available at The Stanly News & Press, 237 W. Main St., Albemarle, and locations throughout the county.