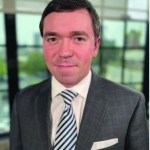 Fath will be responsible for developing communication strategies and enhancing community engagement. Fath will also be the point of contact for media and public relations for the City of Albemarle.

“The City Council and City staff have been looking for ways to share the City of Albemarle’s story with the region. Albemarle possesses the quality of life and lifestyle that many people are seeking. As we experience unprecedented residential growth and emerging economic opportunities, the City of Albemarle is in an excellent position to enhance and shape our future. We are excited to add Mr. Fath to our team in a role that will help us achieve that goal,” said Ferris.

Fath previously worked in Charlotte as a television producer in local news.

“I’m thankful for the opportunity to work with the dynamic leadership team of the City of Albemarle. I’m looking forward to highlighting what makes this community a wonderful place to call home,” Fath said.

Fath has held news management positions in Louisville, Kentucky and Nashville, Tennessee. He began his career as a television news anchor and reporter.

Fath will begin his duties Nov. 22.