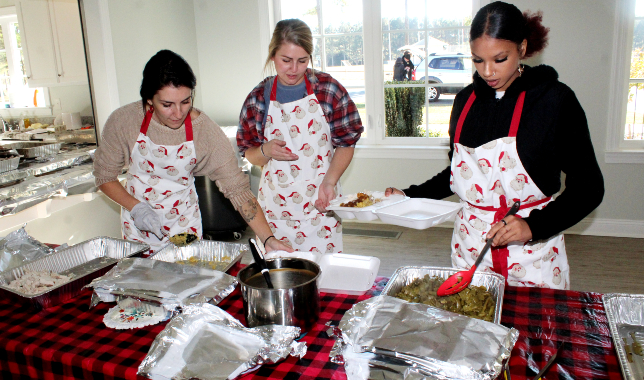 An Oakboro tradition continued this week when the town’s police department got together with volunteers to feed members of the community.

For the fifth straight year, Police Chief T.J. Smith and volunteers got together Wednesday to prepare traditional Thanksgiving dinners for community members. Kat Messenger of Carolina Dealer Training and other sponsors worked with the department by donating items as well as assembling meals at Oakboro District Park.

The staff prepared 25 turkeys and countless sweet potatoes to go along with stuffing and green beans.

“Our community is very giving,” Smith said. “They love to see other people as happy as they are. We like to be able to have that platform to help, making sure everyone is experiencing the same love with a Thanksgiving meal.”

Anyone who wanted a meal would get one.

According to Smith, the volunteers also have plans for a Christmas meal, possibly on Dec. 22.