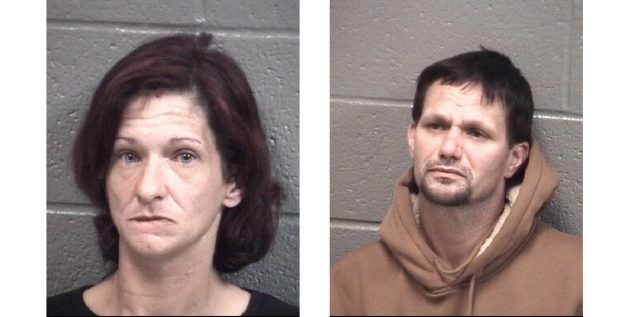 The Stanly County Sheriff’s Office Thursday arrested two suspects with out-of-county warrants while also seizing an amount of drugs during a traffic stop.

Deputies stopped Tina Marie Hiatt and Justin Wayne McDowell in a traffic stop on N.C. Highway 49 near Bell Road. Both suspects had warrants from Alamance County for charges including identity theft, obtaining property by false pretense and financial card theft.

During a search of the vehicle, quantities of heroin and methamphetamine were found, along with counterfeit checks and various items to produce checks.

Hiatt is being held at the Stanly County Jail under a $125,000 secured bond for the Alamance County warrants as well as possession of five or more counterfeit instruments and six counts of identity theft. Her initial court date was set for Friday.