The investigations into the actions of the Oakboro police chief regarding a vaccination clinic continue for the state agency in charge of pharmacies. 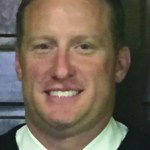 According to Jay Campbell, executive director for the North Carolina Board of Pharmacy, the agency’s investigation into the actions of Oakboro Police Chief T.J. Smith continues as of this week.

Campbell said he could not further comment on the Oakboro investigation in any way. (For background, click here.)

Throughout the COVID-19 pandemic, Campbell said, “pharmacists have provided hundreds of thousands and likely millions of vaccines to North Carolinians, and have done a terrific job with that.”

His agency, he said, has received very few complaints concerning pharmacists and their administration of the vaccine.

“Of those few, most of those tended to be human error type things that fortunately turned out to be minor and readily correctable. We have not had much at all in the way of complaints or indications that any provider might be providing vaccine cards to patients who in fact were not administered a COVID vaccine,” Campbell said.

If that has occurred, the director said, it would be “a very serious matter.” Occurrences of this nature would harm patients and those around a patient while also constituting fraud against the federal and state governments for billing payers or providing vaccines which were not provided.

The North Carolina Board of Pharmacy, Campbell said, would work in cooperation with other state and federal agencies “that might also have an interest in investigating that type of behavior.”

However, Campbell said his experience in the pandemic overwhelmingly has been pharmacists doing incredible work under trying circumstances. He added he had no reason to feel fake vaccination clinics were a widespread issue.

“My very strong sense is these kinds of things are incredibly rare and isolated.”