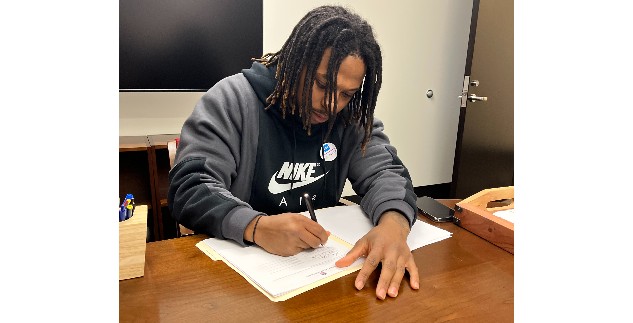 Former North Stanly standout running back Antonio Williams will have a new team next season a little further south.

Williams signed a reserve/futures contract with the New York Giants Thursday after spending last season with the Buffalo Bills on the practice squad.

The former Comet played in the final regular season game of the 2020 season and scored two touchdowns in a win over the Miami Dolphins.

Williams said Buffalo wanted to resign him but several other teams made offers to him as well.

“I felt good about myself knowing I had some options,” Williams said.

The new Giant said he was told by Joe Schoen, the new New York general manager, he was “a guy he wanted to come with him, so we made it happen. I’m a New York Giant, and I’m so excited. I think there’s a lot of opportunity here for me.”

Schoen, who since 2017 was Buffalo’s assistant general manager, was at every practice, Williams said, and saw what the former Comet and UNC Tar Heel can do.

“He saw me every day. He knows the type of guy I am. Believing in me enough for me to be the first signing that he did with the Giants as a GM is huge,” Williams said.

The newest Giant said he expects his new team will give him the chance to play special teams and run the football.

Being in the bigger New York market is huge, Williams said, for business opportunities off the field as well.

“It did play into (the choice) a little bit, but I’m focused on playing ball right now. I want to help rebuild the (Giants) organization and be a part of it, if I can, and give all my effort all year,” Williams said.

He was blessed with amazing ability at an early age, the former Comet said, adding he is the player “who works hard and handles himself the right way.”

“(Schoen) believes in me and that gives me a lot of motivation.”