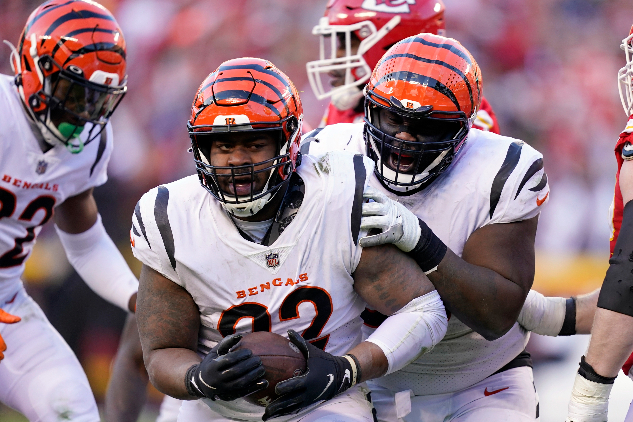 A former West Stanly and N.C. State standout defensive lineman made a huge play and helped the Cincinnati Bengals pull off a playoff upset.

B.J. Hill, a defensive lineman with the Bengals, came up with a turnover and helped Cincinnati secure the 27-24 overtime win and the AFC Championship at the Kansas City Chiefs.

The Bengals trailed Kansas City 21-3 in the first half but fought back to trail by eight late in the third quarter, 21-13.

With 2:23 left, Chiefs quarterback Patrick Mahomes was blitzed from his right side and he passed short to his left. Hill blocked the pass into the air and intercepted the ball at the Kansas City 30-yard line. He returned it to the 26 and was tackled by Mahomes.

On the ensuing drive, Cincinnati scored six plays later and tied the game. The Bengals and Chiefs went to overtime, where Hill and the Cincinnati defense forced another interception. Quarterback Joe Burrow and the Bengals drove to set up a game-winning 31-yard field goal by Eric McPherson.

Hill finished the game with four tackles, including one solo tackle, and a .5 sack of Mahomes.

The Bengals will take on Los Angeles Rams at 6:30 p.m. Feb. 13 at SoFi Stadium in Inglewood, California, in the Super Bowl.