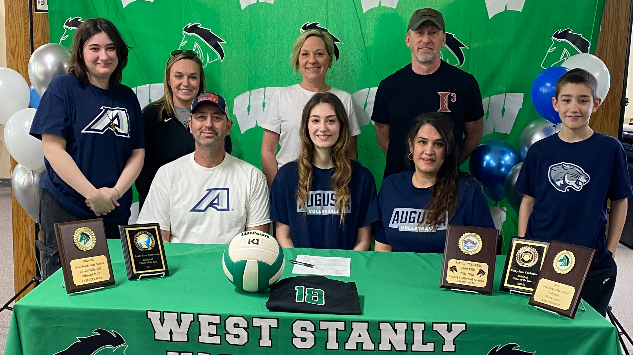 West Stanly volleyball standout Kayli Cleaver will be a Jaguar next season.

On Monday, the senior signed her national letter of intent to attend and play volleyball at August University, a NCAA Div. II school and member of the Peach Belt Conference.

West Stanly has not lost a conference regular-season matchup in three straight seasons, a 29-game win streak. In four seasons with the team, Cleaver and the Colts were 38-1 in regular-season RRC games.