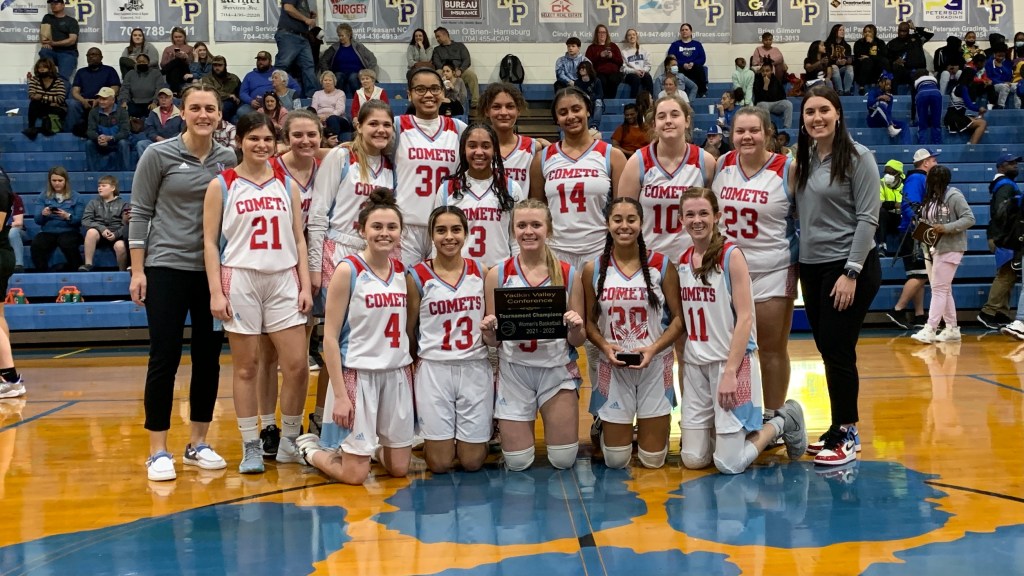 The start of Friday’s Yadkin Valley Conference women’s basketball tournament finals could not have gone better for the Albemarle Bulldogs.

Albemarle forced turnovers and got easy baskets, jumping out to an 18-5 lead after one quarter.

However, the North Stanly Comets flipped the script in the second quarter. North outsourced Albemarle 24-6 in the period and went on to claim the YVC tourney title 70-46.

Baldwin scored 11 of her points in a first quarter which saw the Bulldogs limit the Comets to two field goals in the period.

In the waning seconds of the first, Allen hit a shot which seemed to give the Comets a boost into the quarter break.

North Stanly head coach Regan Allen said the Comets realized after the first quarter, they could be beaten.

“At first we were a little panicked,” Allen said, “but once they got over it, we were not going to play scared the rest of the game. We just had to play basketball. That’s when everything started to fall into place.”

“Something about Shalyn and Paris is chemistry that can’t be coached, can’t be taught,” Allen said of the pair. “The way they play together and know where one another is on the court…it’s a selflessness they both have.”

On the win, Bowers said North’s energy was better in the second.

“We came together and talked at the end of the first quarter. We know that we’ve come back from worse before in a previous game,” she said. “We just had to get comfortable, get in and play our game.”

Being a leader, she added, means keeping others encouraged even if it isn’t her night or someone else’s as well.

North Stanly will play Tuesday in the opening round of the NCHSAA 2A state tournament.