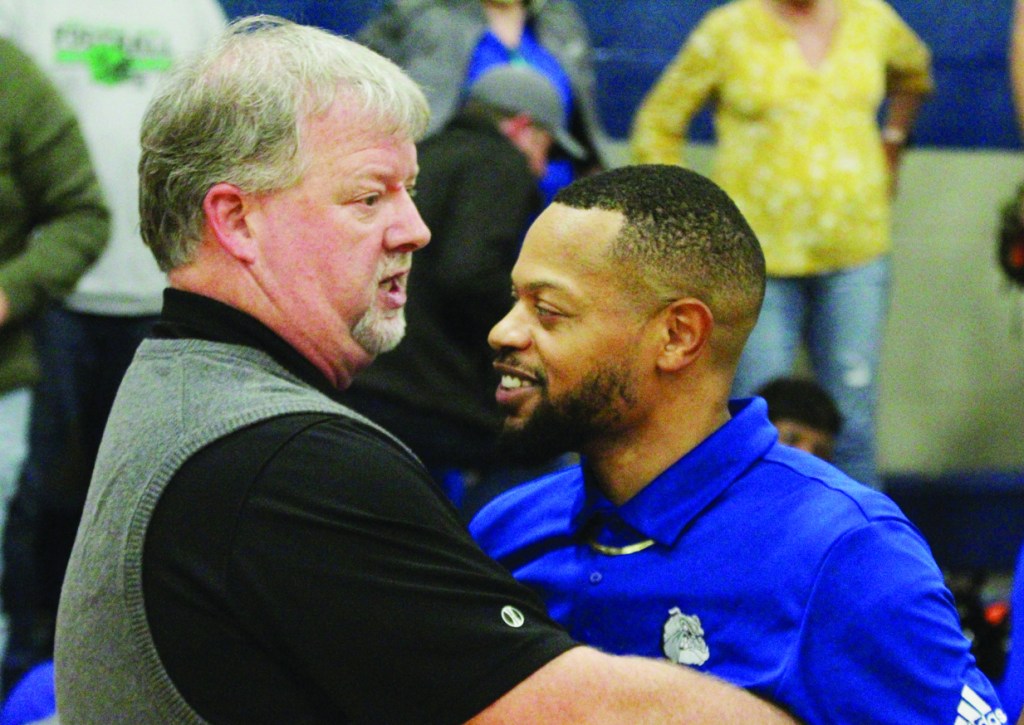 When he graduated from college close to 30 years ago, John Thompson spent one semester teaching somewhere other than West Stanly.

After taking a position at West in the fall of 1994, Thompson taught business classes and coached basketball at the JV and varsity levels for the kelly green until now. The long-time educator and coach announced his retirement earlier this month after having taught the vast majority of his 28 years at West.

“I’ve absolutely loved it,” Thompson said of his time at West teaching and coaching.

On the basketball side, he said he has enjoyed the last few years, which included a Rocky River Conference championship last season.

“I’ve just had such good kids who’ve bought in and tried to do everything we asked them to do,” Thompson said.

He said as the current year went on, the harder he saw it would be to be coaching and not be in the school, which factored into his retirement. Thompson also added the time commitment away from family was another factor in his decision.

All the time involved with coaching basketball, from gym time to scheduling, laundry, film watching and more “just wears on you physically and mentally.”

He credited his wife, Emily, for being supportive over the years, and said resigning the head men’s basketball coaching job “was the toughest professional decision of my career.”

Thompson said he had coached a team at one level or another since he was 15, when he coached a youth league team for Dave Davis. He credited Davis, the former Pfeiffer University coach and current associate head coach at the College of Charleston, as being the reason he became a coach.

Through the years, Thompson said, many exceptional players have played for the Colts while he was head coach. Thompson coached two different West athletic directors, Daniel Smith and current AD Chad Yow, along with many multi-sport athletes such as Mikey Morgan.

He also coached B.J. Hill, whose football career led him to the Super Bowl last season. Hill was a 1,000-point scorer for the Colts before leaving school early to attend N.C. State.

Thompson also mentioned players like former Colts center Hayden Greene, who played later at Guilford College, for whom the West coach said he “was always going to have a soft spot in his heart for a traditional post player.”

He also spoke about Austin Medlin, another member of the school’s 1,000-point club who now plays at Erskine College.

“If I had to pick a kid that was the best teammate, he might be that kind of kid that exemplified that. He just wanted everybody else to do well,” Thompson said.

More important than wins and losses, he added, were the relationships he forged with players, then seeing them years down the road being successful and happy. Along with Davis, Thompson mentioned former West coaches Bob Tucker and Rudi Heath as two coaches from whose leadership he learned a great deal.

Thompson, who also coached multiple state champions in Future Business Leaders of American (FBLA) as the club’s director, said he still loves teaching and being in the classroom. He noted the many changes in technology in business classes over his years in the classroom.

As for the future, Thompson said he is going fishing after spending a month traveling with his wife. He may take a job in the private sector then, he said, but said a 40-hour week will seem like a part-time job after teaching and coaching for 28 years.

“I’ve poured a lot into my job, and I would not give anything for it. It’s time for that next chapter.”