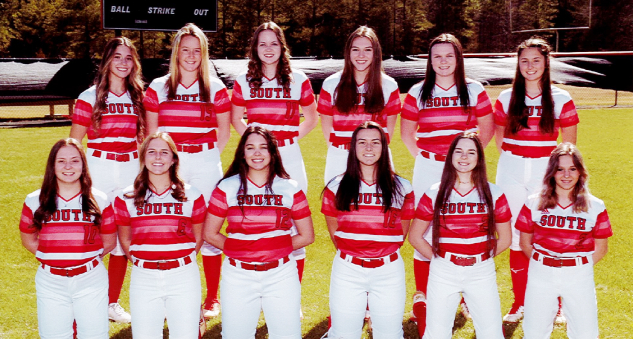 The South Stanly softball squad entered this season as the defending 1A Western Regional champions, but went 2-2 in the team’s first four games, both one-run non-conference losses.

South responded by winning the next 13 games, including all 10 Yadkin Valley Conference matchups, to win the team’s fifth straight regular-season title.

The Bulls will have two weeks of non-conference games before hosting the YVC tournament in the first week of May.

Four players this season for South have batted over the .400 mark, led by junior Kassie Swink (.492). Senior Emma Campbell has hit .464, followed by juniors Skylar Mauldin (.457) and Mattie Poulos (.444). Poulos leads the team with 11 home runs and 38 RBIs. Swink has eight doubles this season, with Campbell adding seven,

“We take one game at a time,” head coach David Poplin said. “We prepare for our next opponent to the best of our ability and with whatever information we have available to us.”