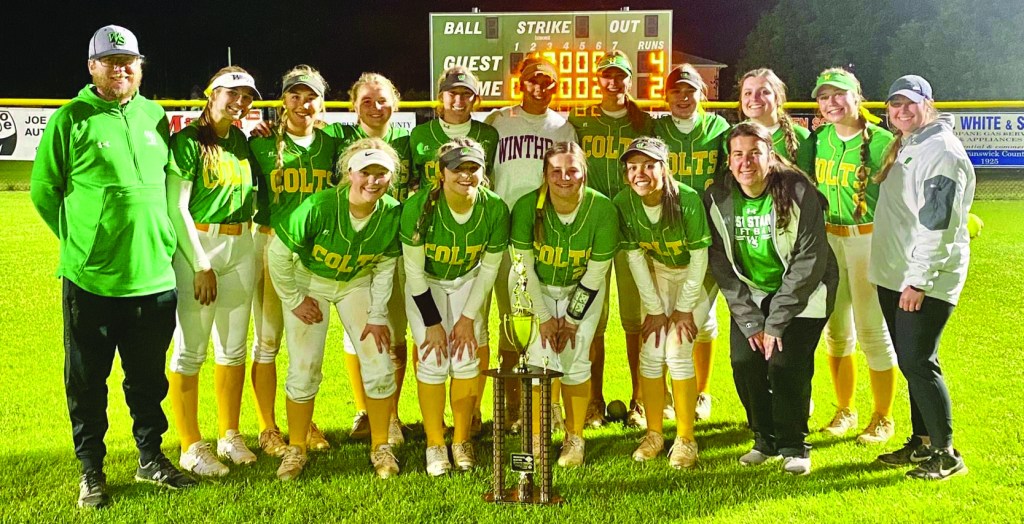 The West Stanly Colts softball season took a break from Rocky River Conference play during Spring Break as the Colts traveled to West Brunswick to play in an Easter tournament.

West fought its way to the tournament finals, then faced a county rival in the finals in South Stanly. The Colts downed the Rebel Bulls 4-2 in the finals Wednesday.

South (17-3) reached the finals with a 4-0 win over Whiteville and a 2-0 shutout of 4A school Scotland County. Wednesday’s loss stopped a 15-game win streak for the Bulls.

Lily Huneycutt pitched all 17 innings for the Colts in the tourney and gave up just two earned runs with one walk and 28 strikeouts. At the plate, Teagan Ritchie led the way, batting .556 in the tourney with two home runs and five RBIs.

In the matchup between West and South, Ritchie had a double, a home run and two RBIs while Carmen McRae added a solo home run. Emma Campbell had a two-run home run for the Bulls in the sixth inning.

West extended the team’s win streak to 12 games with the victory over South as the Colts are the No. 2 overall ranked softball team in the state on MaxPreps regardless of classification behind a 3A school, Eastern Alamance, with South right behind them at No. 3. West is also the No. 1 ranked team in the 2A Western Division.

The Colts face Mount Pleasant Tuesday night, then play the team’s final conference game of the year Thursday against Anson. A win over the Bearcats would give West the RRC regular-season title.

The conference tournaments for both teams will start the week of May 2.