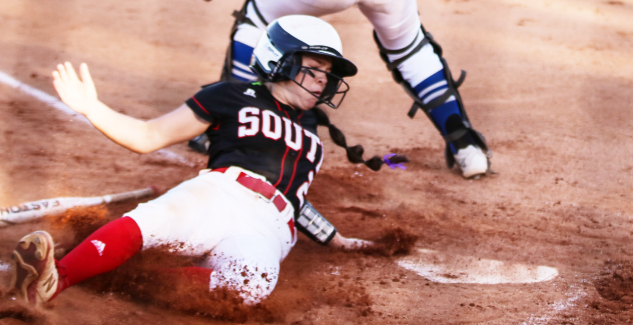 The South Stanly softball team entered Tuesday’s third-round 1A playoff matchup ranked third among the top teams in the state regardless of classification, behind 3A Southern Alamance and 4A Conley.

South, the No. 1 seed in the 1A West, entered the game against No. 8 Cherryville having not lost this season to any 1A school. All three of the Bulls’ losses came against higher classification schools, two to West Stanly and the other to Weddington.

The Bulls kept that streak alive Tuesday with a 13-1 five-inning win over the Ironwomen.

Ali Glover earned the win on the mound for South, allowing two hits and striking out six. Mattie Poulos came in relief of Glover and did not allow a hit, fanning two batters.

At the plate, Alexis Harward was 2-for-2 with a double and an RBI while Jacklyn Almond was also 2-for-2, driving in two runs. Poulos had two doubles and three RBIs, while Cassidy Smith had a two-RBI double as well. Emma Campbell also drove in two runs for South.