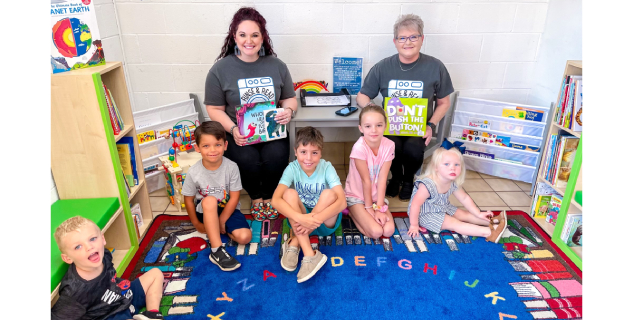 Families using the facilities at an Albemarle laundromat will now be able to pass the time waiting for clothes to be done by reading.

The Stanly County Public Library, along with a grant and several partners, repurposed a corner of the Corner Laundromat at 1105 W. Main St. into a new Family Literacy Center last week.

Hahn said laundromat literacy is happening in big cities “because studies show that families who are in need of laundromat services are also often in need of free library services.”

She said the owner of the laundromat, Doug Hughes, said many families who use the facilities walk there or have to be careful how much gas they use in their vehicles.

“He thought it would be a great place to put a literacy corner,” Hahn said.

“We have a lot of families in our backyard. For whatever reason they don’t enter the library. It’s a resource that is really underutilized, and a lot of that is because we are missing a big community outreach component that we’re trying to do with things like the farmers market and different kids’ events.”

Places like the farmers market, Hahn said, are paid services, places where people are buying things.

“We’re missing this whole population of underprivileged, under-income families that need our services, but they don’t have the resources to get us. We’re hoping to meet them where they are.”

The whole point of the library, Hahn said, is “to serve the community.” She said the center “is a new way to try to reach out and serve.”