The Stanly County Sheriff’s Office has been investigating child abuse accusations in Stanfield.

Detectives have conducted a criminal investigation into multiple allegations of illegal activity at 8414 Harvell Road, Stanfield. 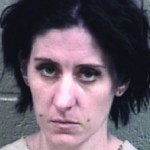 Alois James Bolton, 34, also of the same address, was also charged June 5 with felony conspiracy and abduction of child.

More charges were added on Wednesday and Thursday. 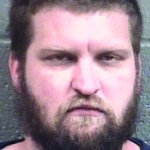 On Thursday, further charges included felony statutory rape of a child under 15, felony crimes against nature and third-degree misdemeanor sexual battery for actions allegedly taking place May 27-29 and June 3-4.

The Sheriff’s Office is attempting to identify other potential victims.

“We would also like to stop the spread of misinformation that we are seeing on social media platforms,” Capt. Chris Huneycutt said in a press release. “We would like to let the public know that the social media posts of children being picked up in a van, drugged or held captive are incorrect. The child abduction charges are not random child abductions, but involve instances of having and keeping minors against the parents’ consent. The video circulating of the ‘Fight Club’ is not related in any way to the individuals of this investigation and has already been investigated by the Stanfield Police Department. This is a completely separate incident, which has also been falsely linked to this investigation.

“We ask the public to remember that there are minor children and their families who are victims of these incidents and to respect their privacy in this matter as this is a difficult situation for all,” he added.

The Sheriff’s Office asks anyone with a child who may be a victim of a crime involving these incidents to contact 704-986-3700.